A 52-year-old mother, having fought cancer of the stomach and intestine, is declared cured by her doctors. She treated herself with cannabis oil.

After a two-year battle, Joy Smith, an Englishwoman from Coventry, recovered from her cancer. She illegally used cannabis oil containing THC which saved her life. She now declares that she wants to party until the end of her life.

A mother of 52 years who took cannabis oil to fight his terminal cancer has received the green light from doctors.

Joy Smith was warned in August 2016. She would only have six weeks to live when she was diagnosed with cancer. It was an incurable form of cancer of the stomach and intestine.

In a desperate attempt to defy the odds, she started taking cannabis oil that contained THC. Problem: THC is illegal in the UK. We suppose she bought it on the internet.

to read :  THC can help regulate circadian rhythm and aging

And after two years of ups and downs, she found out Monday morning that she no longer had cancer. Thus, she will no longer need chemotherapy.

She said, “I'm going to party for the rest of my life. I must be the only person in the world who survived this. I keep pinching myself to see if it's real. I am monitored every three months, but other than that, I have no further scheduled treatment. "

Ms Smith was undergoing chemotherapy to extend her life a little after she was told of the diagnosis.

She began treatment every two weeks for three days, but had to stop. She had contracted sepsis.

His friends had been researching a cannabis-based cancer cure online. This is how the capsules were presented to him.

She admits that she didn't want to take them at first. “I didn't know what it was,” she explains. She eventually resigned herself in the hope of finding a way to heal.

Remission of cancer following the intake of THC cannabis oil.

The effects of THC made her "drunk," says Smith. She struggled to succeed in speaking.

Ms Smith then began researching cannabis oil online. So she discovered its effectiveness for other people.

to read :  17 benefits of cannabis oil

After taking regular doses of cannabis oil containing THC, which is currently illegal in the UK, her inoperable tumors almost completely disappeared.

Ms Smith opened up about her battle with cancer with cannabis oil in March. Indeed, at that time, the scans showed just a small amount of cancer cells remaining in her stomach.

She hoped then that the cancer would go away completely with the continued use of cannabis oil.

Joy Smith says, “I am so happy. All thanks to cannabis oil. I shouldn't be here, but I am. "

Cannabis THC, a product that saves and yet remains illegal.

Cannabis oil, which contains THC, is strictly illegal in the UK, which is not the case with CBD.

Cannabis oil cannot be obtained legally in the UK but can be purchased online. So, Ms Smith said people who contacted her were desperate to know how to get hold of it themselves.

Although she cannot provide the oil herself, she tries to help in other ways. Mrs. Smith writes a book about her journey. She is determined to fight for legalization.

For example, Ms. Smith launched a petition to make cannabis oil legal in the UK for medicinal use, which has gathered more than 17 signatures. 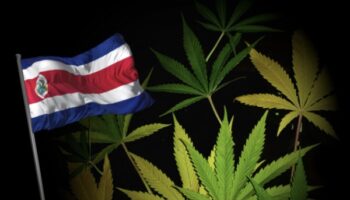 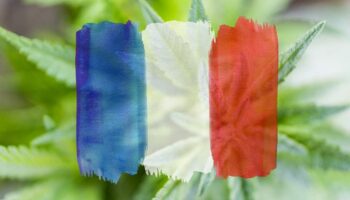