This week, rapper Wiz Khalifa took to Twitter to deliver his own version of a public service announcement aimed at combating the lingering notion that smokers are lazy.

"Weed doesn't make you lazy, you're just lazy and using weed as an excuse," the cannabis connoisseur, weed supporter and bud business entrepreneur said in a tweet.

And Khalifa knows a lot about cannabis, because he founded Khalifa Kush about ten years ago. The range developed for Khalifa, tailored specifically to his personal tastes, includes flowers, pre-rolls, vapes, edibles and concentrates. Products are available in California, Arizona, Michigan, Nevada, Oregon and Utah, with plans to expand to other markets.

Last July, Khalifa discussed his love of cannabis with Jimmy Kimmel Live! Early in the interview, Anderson asks, “How high are you right now? to which Khalifa replies with a laugh: "I'm damn stoned."

Recounting that his mother smoked weed at home when he was young, he told Anderson: "That's how I started to think to myself, 'Hey, it's not as bad as the people think so”.

Later in the interview, he said, "When I came of age, my partner Berner (whose weed store is called Cookies) was the one who really put me on the trail and showed me the medicinal side, the business side, genetics and stuff like that. And that's what got me to where I am now in the cannabis space, with my own strain. »

to read :  Research: Does Cannabis Really Make You More Creative?

In view of its health and medical benefits, the rapper has also recently teamed up with the company Red Light Holland, based in Toronto, to launch MISTERCAP, a brand of psychedelic and functional mushrooms.

“Wiz Khalifa is a global icon with enormous reach who is uniquely positioned to help us spread the word and end the stigma surrounding psilocybin while focusing on mental health and wellness,” said Todd Shapiro, CEO and Director of Red Holland, in a communicated release announcing the partnership.

Khalifa also knows that the age-old image of the lazy stoner is a persistent myth worth busting. Anderson shows a photo of Khalifa with a "canna-gun" which he, in a YouTube video, presents as being a long tubular device that allows the smoker to exhale a plume of smoke, probably from weed, the singer dismantles the lazy stoner stereotype.

"The thing with cannabis smokers is that they are gullible, when someone asks me what the canna-gun is for, I answer: it's high".

Although a study recent disagrees with the idea that cannabis promotes creativity, since she concludes that low-potency weed has no impact and high-potency marijuana harms divergent thinking, numerous anecdotal reports and testimonials run counter to this conclusion.

The people who commented on Kalifa's tweet expressed a wide variety of opinions, with some feeling wholeheartedly agreeing, others ducking with no real opinion and still others not being at all. agree with him.

"Weed doesn't make you lazy, but it makes you feel like it's okay to be lazy…" axelsylvian suggested.

Melissa Avitia isn't so sure, unless she does bodybuilding. “I am very lazy. I can't smoke if I have things to do. I have to wait until I'm able to relax or if I go to the gym”.

to read :  Germany: Is the criminalization of cannabis unconstitutional?

On the other hand, Will J., who also replied categorically, “Weed makes you 100% lazy. This is the origin of the term "stone" and I have never seen a stone mow the lawn.

What does the research say about the lazy stoner stereotype?

Recent studies attempt to demystify the stereotype. Research from the UK, published last August in the International Journal of Neuropsychopharmacology, indicates that cannabis use three to four times a week "is not associated with apathy, effort for reward, desire for reward, or preference for reward in adults or adolescents. The authors further write that their results "are not consistent with the hypothesis that non-acute cannabis use is associated with amotivation or amotivational syndrome «

Researchers at the University of Colorado at Boulder even started looking for participants in late 2021 for a study on cannabis and exercise. The goal is to better understand the impact of different levels of cannabinoids such as THC and CBD on Pleasure, motivation and pain during exercise. 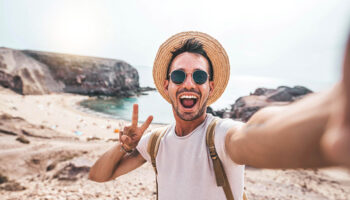