A Landrace strain is essentially an isolated plant that has not been crossed with other varieties of cannabis. They tend to be native to specific regions and have developed their particular qualities as a strain suited to their unique environment. This is why Landrace varieties are often named according to their region: Pure Afghan, Durban Poison, Panama Red.

You know Indica and Sativa, but what are local varieties?

The term "Landrace" actually only refers to the genetic purity of a variety of cannabis. Landrace varieties don't necessarily produce a better product. In fact, if there are so many cross varieties on the market, it is because selecting a plant for a specific trait guarantees a specific, high-quality end product.

But all this variety has its origins somewhere. In fact, we can relate all cannabis strains to a small number of original cannabis plants known as Landrace strains.

The fascinating evolution of the cannabis plant has its origins

Over time, growers learn more on using genetics to reap the full benefits and that's how great varieties emerged. In the blink of an eye in your dispensary you will find hundreds of "modified breeds" for all possible occasions

Being genetically closer to the original wild species of cannabis is in fact the main characteristic of Landrace strains. Historians, scientists and purists are particularly intrigued by these strains.

Scientists have long searched for the origins of cannabis and at the very least, the original wild strain of this now world famous medicinal plant. Common thought placed the original plant in different places in Asia. However, scientists weren't sure exactly where she was originally. Until recently, thanks to a study of fossilized pollen, which clarified the location of the first species of cannabis.

to read :  The main Kush varieties

The age of cannabis

It was extremely difficult to determine precisely when and where cannabis evolved, due to the absence of a strong imprinted fossil, leaf or fruit print in the rocks. For a plant, like cannabis, that does not have a good fossil footprint, paleobotanists can use a “molecular clock”. This allows them to estimate when cannabis and its sister species Humulus (hops) diverged from a common ancestor. The molecular clock uses DNA to measure time, and calibrate the clock with the fossil dates of related plants.

Thanks to that method, they estimated that cannabis first diverged from a common ancestor 27,8 million years ago.

Once researchers figured out when for the first time, cannabis diverged from its common ancestor. The question that remained, and still remains, unanswered is where? Paleobotanists then turned to the observation of micro-fossils, such as pollen to continue their research. They then discovered that the pollen of cannabis and hop plants are so closely related that it is almost impossible to tell them apart.

To overcome this problem, scientists realized that since cannabis typically grows in open grasslands and hops in forests, pollen can be classified by identifying other plants that are commonly found alongside it. The researchers used plants commonly seen in open grasslands to identify the fossilized pollen as cannabis.

Fossilized pollen is generally used to date the layer in which it is found, which helps to understand the environment of the time. However, in this case, the pollen was the unknown. The researchers aged it using radiocarbon dating.

to read :  Marijuana strains that make you laugh

Thanks to this analysis, the oldest fossilized cannabis pollen was found in Ningxia province, in China. The researchers dated the pollen to 19,6 million years old. But since cannabis diverged 27,8 million years ago, that date was not close enough.

Further research in the area and tracking of a plant called Artemisia, which has a close alliance and parallel evolutionary pattern to cannabis, determined that the northeastern Tibetan Plateau was the center of origin. cannabis. At the time, the Tibetan Plateau created an environment that supports the theory that cannabinoids developed to protect the plant from UV rays and herbivores. These two problems arise on the Tibetan plateau of high altitude and open grassland.

Fossil pollen records tell us that cannabis was dispersed in Europe 6 million years ago. Then, later, eastward, to China, 1,2 million years ago. In mapping the distribution of pollen over time, scientists have seen that European cannabis has experienced repeated genetic bottlenecks.

After the hot and humid period of the Holocene, forests replaced open grasslands. Cannabis retreated into the small pockets of open space it could inhabit. In these small isolated areas, the population has declined. These separate cannabis populations then evolved differently, 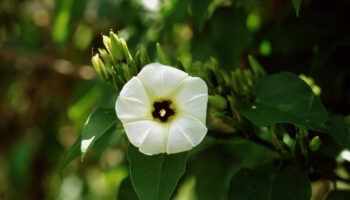 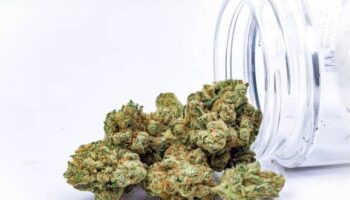