Scientists are discovering a significant difference between smoking and spraying. What is the acute effect of smoked and vaporized cannabis in healthy adults?

A study published in the JAMA supervised by Ryan Vandrey, associate professor of psychiatry and behavioral science at the Johns Hopkins School of Medicine, actually bears on THC administration using controlled methods. The different ways in which THC enters the body produce effects on radically different time scales.

This study was conducted from June 2016 to January 2017 on 17 healthy adults. Six ambulatory smoked and vaporized experimental sessions, with 1 weaning week between sessions, were performed in groups and THC doses were randomly assigned to each group.

Eligible participants were found to be in good health by a medical history, an electrocardiogram, blood tests (hematology and serology) and a physical examination. Participants reported having used cannabis but denied having used cannabis or other illicit drugs in the month prior to their participation. Urine toxicology tests for cannabis, amphetamines, benzodiazepines, cocaine, methylenedioxymethamphetamine (MDMA), opioids and phencyclidine were performed using rapid enzyme immunoassay kits at screening and before each experimental session. Participants had to provide a negative result for all drugs before each session. This study was approved by the Johns Hopkins Medicine Institutional Review Committee and all participants gave their informed consent in writing.

The purpose of this study was to compare the pharmacodynamics and pharmacokinetics of smoked and vaporized cannabis in healthy adults. This study extends previous research by examining multiple doses of inhaled THC, enrolling people with infrequent drinking habits (defined here as no consumption in the last 30 days with a negative urinary toxicology test) and including a full battery of pharmacodynamic tests (ie, subjective effects of drugs, cognitive and psychomotor performance, and vital signs).

Each participant received either zero (placebo), ten or 25 milligrams of THC, and then reported their experiences of each dose in each condition in six different trials.

In a crossover test, the inhalation of smoked and vaporized cannabis containing 10 mg Δ9-tetrahydrocannabinol produced discriminatory effects and modest impairment of cognitive functioning, while inhalation of a dose of 25 mg THC was associated pronounced effects, increased incidence of adverse effects, and significant impairment of cognitive and psychomotor abilities.

Sprayed cannabis produced greater pharmacodynamic effects and higher concentrations of THC in the blood than smoked cannabis at equal doses. This means that significant, sometimes harmful, effects may occur at relatively low doses of THC in infrequent cannabis users, and that these data should therefore be considered in the regulation of retail cannabis products and in the treatment of cannabis. education of people who start using cannabis.

In smokers, THC levels in the blood peaked at about 3,8 nanograms per milliliter of blood when they received 10 milligrams of THC.

Spraying thus appears to be a more effective way of administering THC in the blood, but it also changed the experience of the study participants in the THC dose. This evidence that sprays feel the effects of THC differently contradicts previous work that showed no significant difference between the two methods.

The authors of this new study argue that this is due to their meticulous experimental design: They have maintained their constant THC dosage by carefully calculating the percentage of THC in each lot of medicinal herb sponsored by the federal government.

The results show that spraying is at least a more effective method than smoking for the administration of THC, says Nadia Solowij, a psychologist at Wollongong University, in her commentary:

Spraying, avoiding combustion, which tends to burn THC and produce harmful by-products, it produces much less "side smoke": the same smoke that will not end up in the lungs of the person vaporizing. It is an intrapulmonary administration system safer than smoking, because by heating rather than burning the plant material, it avoids the formation of toxic pyrolytic compounds, including carbon monoxide and carcinogens. However, there is little solid evidence from clinical trials or epidemiological studies to argue that it is a safer option, "says Solowij.

The team concludes that spraying can reduce exposure to certain contaminants from combustion, which is essentially the same argument that is still in favor of e-cigarettes. The question is whether this means that vaporization is actually safer, however, remains unresolved.

Cannabis policy and regulation is undergoing radical reform throughout the developed world. At the time of writing this report, the medicinal use of cannabis is approved in 30 US states and non-medicinal use is permitted in 9 states. Many countries in the European Union and other countries have also approved use for medicinal purposes such as Australia and non-medicinal purposes such as Uruguay and Canada. Along with these policy changes, the perceived harms associated with cannabis use have decreased. These changes also gave birth to a new market, which increased access and stimulated the development of new products and formulations.

Historically, cannabis has been mainly smoked using various instruments such as seals, pipes and bongs. Sprays: similar to electronic cigarettes, have emerged and become an increasingly popular method for the administration of cannabis, particularly in non-medicinal uses such as California. Cannabis sprays spray hot-dried cannabis or concentrated cannabis extracts and / or resins, creating an inhalable vapor. Spraying is associated with less toxic exposure (eg polycyclic aromatic hydrocarbons) than traditional smoking methods which increases the attractiveness of the product.

Most previous studies included the use of single doses of THC, relatively low concentrations (1,7% - 6,9%), small sample sizes, and aspirational procedures that did not match the natural patterns of consumers that could variation in the release of doses. In addition, the extent to which cognitive and psychomotor impairment differed by the method of cannabis inhalation (ie, smoke or vapor) was not systematically assessed.

Given the increasing popularity of spraying and increased access to cannabis in the growing markets for drugs and non-medicinal products, controlled studies comparing the acute effects of smoked and vaporized cannabis use among consumers are essential and can inform dosage guidelines.

Vendors and consumers should be aware that inhaling cannabis with a vaporizer could produce more pronounced effects than traditional methods with tobacco.

In this study, participants found an increase in subjective effects, cognitive and psychomotor disorders, acute cardiovascular effects, and THC levels in the blood after inhalation of smoked and vaporized cannabis. Notably, vaporized cannabis produced more significant changes in study results than smoked cannabis.

Future studies should explore further the effects of sprays and other new methods of cannabis administration among consumers with different levels of experience. The pharmacokinetic and pharmacodynamic profiles will likely vary considerably by product and consumer.

To find the best Vapos of the moment click here 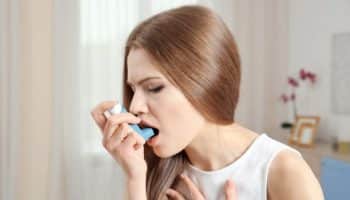 Researchers seek to better understand the link between asthma and cannabis 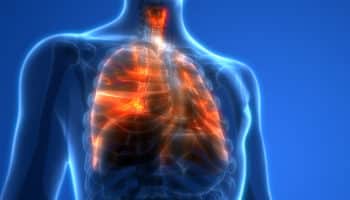 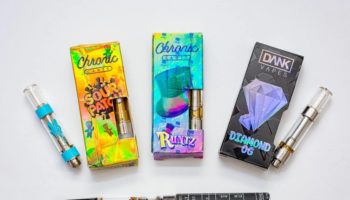