The UFC has officially partnered with Aurora Cannabis in a multi-year, multi-million dollar deal to help continue research on the benefits of cannabidiol (CBD) for health. Terry Booth, Chief Executive Officer of Aurora, recently released the following statement to news :

The UFC has more than 300 million fans worldwide, with programming broadcast in more than 170 countries and territories, in 40 different languages, to more than one billion TV-equipped homes. The UFC Performance Institute, the world's first multidisciplinary mixed martial arts research, innovation and training center, opened in Las Vegas in 2017 and has served more than 400 athletes in the past two years. The facility is a world leader in athletic performance research and provides athletes with services support and education in health, wellness, nutrition and injury prevention.

The UFC sports performance team as well as the athletes participating in the studies will collaborate on research led by Dr. Jason Dyck, professor at the University of Alberta and specialist in molecular medicine. He is also an independent director of the board of directors of Aurora Cannabis, where he closely supervises the scientific efforts of the company.

“From the day we opened the Performance Institute, our main goal has been to provide UFC athletes with the best possible training, nutrition and recovery services,” said UFC President , Dana White. “This partnership with Aurora is an extension of that goal and we look forward to working together to find new ways to improve the health and safety of the athletes who compete in the UFC. " 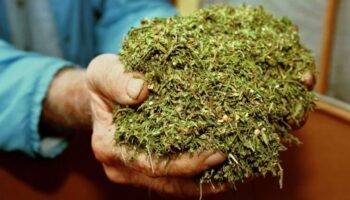