What happens to THC and CBD in the human body?

The process of transformation of cannabinoids in the body is one of the most complex in nature.

During the metabolism of these cannabinoids, the human body will try to modify their composition in an attempt to make them less active, and to allow the system to eliminate them from the body. Understanding these mechanisms is not always very easy. Small explanation with the two most famous molecules: THC and CBD.

The basics of metabolism

Many plants can contain toxins. The cannabis plant probably started to create cannabinoids in order to avoid being consumed by animals.

In order not to be poisoned, the body possesses the ability to detoxify and eliminate these plant toxins. Detoxification is done by groups of enzymes which are mainly in our liver and our gastrointestinal tract.

The body does not break down a molecule such as THC. It is indeed more likely that it adds other molecules. This is because the larger the molecule, the easier it is for the body to process it.

The human body has two ways, called "phase", of dealing with cannabinoids:

In the cannabis plant, cannabinoids are predominantly in the form of pre-active acid (i.e. they have a carboxylic acid molecule attached).

The abbreviation for the acidic form will have an "A", for example, the acidic form of THC is called THC-A. Although THC-A may have anti-inflammatory activity, he is not psychoactive. In short, impossible to hover with the THC-A.

For THC-A to become active, it must be decarboxylated (i.e., the carboxylic acid group shown in red must be removed).

However, the enzymes in our body do not know how to decarboxylate THC-A. That's why eating raw, unprocessed cannabis has no psychoactive effect!

La decarboxylation is carried out by heating.

When you burn or vaporize cannabis, it gets hot enough to decarboxylate THC-A.

This is why the edible cannabis recipes will also heat THC-A to decarboxylate.

However, if you heat too much THC, it can degrade and if you don't heat it enough, the decarboxylation process will be incomplete. Either way, you're not getting the full dose of active THC.

A similar activation process occurs for CBD. Although not highly psychoactive, CBD is partly responsible for the “entourage effect”. This effect allows CBD to modify the action of THC by changing the way it will act on the body, and gives a different result than if THC were consumed in the absence of CBD.

The metabolism of cannabinoids

Once THC-A is transformed into THC and it's in the body, what happens?

The cannabinoids present in the blood will be transformed in the liver by hepatocyte cells. . The new molecules formed from this process are called metabolites.

This is the main way these metabolites are created.

THC is converted into 11-OH-THC by the enzyme CYP2C9 present in the liver. The latter adds oxygen and hydrogen molecules to THC.

to read :  Avoiding fatigue and morale decline in the fall

These metabolites from THC and CBD retain their psychoactive or medicinal properties.

It is not finished.

This transformation results in a loss of activity of the molecule, as it can no longer bind tightly to cannabinoid receptors. So THC-COOH is inactive.

According to people, the CYP2C9 enzyme will act differently.

With the Phase I oxidation process completed, there is now an oxygen molecule that UGT enzymes can easily connect a glucuronide molecule to.

Glucuronide is like a label that tells the body that it is something to be rejected from the body.

The THC-COO-glucuronide molecule can be easily released from the body in the urine.

It is also the most important molecule measured in urine to detect cannabis use.

A table for summary

Ce guide presents the 4 main stages of activation and metabolism of THC and CBD:

CBD-A and THC-A are present in the plant.

In the presence of heat, they become CBD and THC. It is in this form that THC becomes psychoactive.

Via an enzyme, CYP2C9 for THC and CYP2C19 for CBD, cannabinoids are modified. THC retains its psychotropic effects.

Its same enzymes will then add an oxygen molecule to it to help the body remove cannabinoids from the body.

Last step: the UGT will transform them into glucuronides, signaling to the body that cannabinoids can be eliminated through the urine. 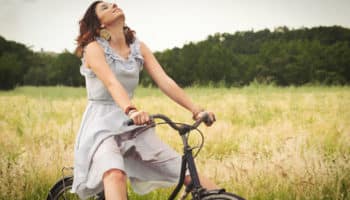 Avoiding tiredness and low morale in the fall 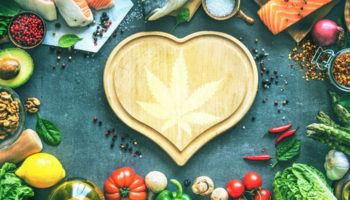