Health on 4th October Drug hallucinogenic LSD Therapeutic Treatment
Content hide
1. Know how to recognize persistent post-hallucinatory syndrome and how to manage it
1.1. Hallucinations for the rest of a life
1.1.1. A stimulant for a long time
1.1.2. No cure
1.1.3. Towards the revival
1.1.3.1. Follow a therapy
1.1.3.2. Reduce or avoid the use of substances that have not been prescribed
1.1.3.3. Set up a daily program
1.1.3.4. Do you create a support network

Everyone knows that too much of a good thing can be a bad thing. Especially when hallucinogens are involved… Persistent Hallucinogen Perception Disorder can lead to a journey that never ends… Finally, these perceptual disturbances are mainly the result of an unfortunate combination…

Hallucinations for the rest of a life

Persistent Post Hallucinatory Syndrome (SPHP or HPPD) is a condition that can leave addicts hallucinating for the rest of their lives. In other words, it's the journey that never ends. It can cause disturbing visual effects like halos around objects, afterglow and seeing things in your peripheral vision that are not really there ...

This kind of medical condition is normally associated with the use of LSD. A product that has a relatively different impact depending on the person… It is also linked with the use of other substances, such as MDMA and amphetamines. Of course, it is not fatal, but it does affect everyday life. Thus, sufferers can end up with mental health problems. In fact, researchers believe people with SPHP have a 50% risk of developing depression.

Flashbacks are the telltale symptom of HPPD. You may notice that you continue to have flashbacks for several days after taking the drug. You may also see persistent changes in your perception after taking hallucinogenic drugs. If you have any changes in perception you might see:

A stimulant for a long time

A victim like Alex Miller, who was still in high school, bought a bottle of over-the-counter cough medicine, but to use drugs. Addressing VICE, the 21-year-old also took Adderall, and ADHD medication earlier that day… He admitted to being addicted to amphetamines a lot.

So I had taken a stimulant in the morning and then took a dissociation later. It was a stupid combination. The next day I woke up and had slight disturbances in my vision. It was barely noticeable, but I instantly knew something was wrong, because those side effects should have gone by then.

For the next few weeks, his vision is affected, with tiny streaks of lights following the objects they have moved. From the start, it didn't bother him too much, because the effect was very gentle. But over time, Miller became more and more concerned ... Four years later, the visual disturbances were more pronounced.

Blind when I'm 30? I will not be able to walk on a busy street? Will I still be able to drive? That's what's going on in my mind.

Any serious health consequences of HPPD are not caused by the damage the drugs you used on your brain. Instead, health problems most often appear because of persistent depression or anxiety caused by persistent flashbacks.

There is currently no cure for persistent post hallucinatory syndrome. For the sick, the symptoms can be managed through a combination of drugs and therapy. For some, the disease can last for months or years, for others it's a lifetime. A British study examined the case of a man who had suffered from SPHP for over 25 years.

“There is no real cure for it,” said Dr. Henry Abraham, a professor of psychiatry at Tufts University. Dr. Abraham is one of the few scientists in the world researching SPHP.

We have tried all kinds of things, we have published documents, but there is no cure for SPHP other than Mother Nature. This is why many patients would never seek appropriate treatment for this disorder.

It's the same with Alex Miller, whose drugs "try to distract me from this problem," he says. I was using stimulants to do it. Everyone will say the best option for you is abstinence from drugs, but that can be a lot for some people.

Like the other symptoms of HPPD, it can be frightening and last for an unknown period of time… However, it is not necessarily a sign of a physical condition that needs immediate treatment. Unfortunately, there is not really a recognized treatment for the symptom of depersonalization. However, behavioral therapies (like cognitive behavioral therapy), psychoanalysis, and basic relaxation techniques can help reduce the severity of symptoms.

Alex Miller is on a drug addiction recovery program, still taking quetiapine, an antipsychotic drug, which manages his symptoms. Previously, he had taken benzodiazepines - the psychoactive drug that is often given to SPHP patients. But it carries its own set of risks, and side effects. Dr. Abraham says:

Benzos can be used safely as long as the person is not likely to become addicted - this is the first line of defense, but not a cure. In the aforementioned article, mr. Abraham emphasized that anyone with SPHP should avoid recreational substances - especially cannabis.

But… Even people who are affected by perceptual disturbances for years can live full lives despite these disturbances. Some people have even reported pleasant alterations in their perception without any desire to see them disappear ...

You may want to see a therapist or counselor to put in place techniques for managing the disorder. This can help you manage the symptoms of HPPD and the anxiety or depression it causes. Working with the therapist can also be helpful if you want specific help dealing with the symptom of depersonalization. Among the therapeutic treatments, you might consider the following.

Any change in your perception is likely to continue or become more evident if you continue to take the substance that triggers it. This is especially important if you are taking drugs that affect your vision like LSD, cannabis, or psychedelics like mushrooms, ecstasy or mescaline.

Set up a daily program

Live day to day and try to simplify your daily routine. Try to focus on the basics, like eating at regular times, exercising, or even listening to music. It might be easy to get distracted by your flashbacks, even to a degree that doesn't affect your physical health.

Going back to basics, you will begin to feel better anchored in the real world. Your routine should not be complicated. Even doing something simple like going to sleep or waking up at the same time every day will give you better stability and you can focus your attention better.

Do you create a support network

You should be surrounded by people who support you as often as possible. It will be easier for you to manage the symptoms of cancer because these people can enhance your sense of reality in life. If you don't know any friends or family you can rely on, consider joining a support group or virtual forum where people with similar symptoms can share their stories with you. 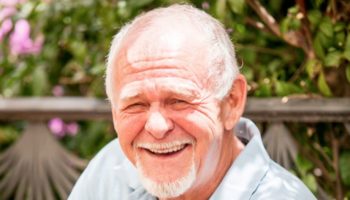