The summer holidays bring new experiences, some in search of new plant species, the consumption of which can lead to a "high" effect; forbidden plants of medical ordinances, whose use is not limited to the texts of laws. The young ones are interested in finding the ecstasy, in Search of alternative to the illegal, in order not to compromise their future. Especially during the summer holidays or sometimes boredom can accompany them ...

Searches lead to strange inventions such as cocoa sniffing, or the use of "Nice Guy" (synthetic drug) product feeling the very bad adhesive ... But there are also those who seek an alternative to cannabis plants.

Me Paul, CEO of the "Kfar Azar Gazebo" Nursery, invites teens to take an interest in plants containing tropanic alkaloids.

According to him, most of them come for the immediate experience, preferring directly to buy the flowering pot, to the detriment of an investment in plants growing.

"We make the effort to filter requests and not collaborate with them; but some stubborn do not want to accept it a negative response "

Some people call themselves pretending to be different characters or make up excuses, which is necessary for research work.

"You can not take the case lightly, parents and friends must monitor the issue because the consumption of an overdose of these plants can be dangerous. "

"We prefer to sell plants to the standard of those who would like to enrich their gardens," he concludes.

"Lion's Ear" (or "Lion's Tail"); a plant which the natives called lion's dream, owing to the blissful reverie which this plant dispensed them.

This is a Lamiaceae perennial, with deciduous or semi-persistent foliage, rather rough. It is characterized by its leafy inflorescences in mane, reminiscent of a little monard, and sessile tubular flowers.

The leonotis was held in very high esteem, for centuries, by the indigenous southern tribes, those called the Cafres. In the Zulu pharmacopoeia, this plant holds a considerable place.

The Hottentos smoked the dried leonotis, for a hog was a mild euphoric well-being. It is also called Wild Dagga, Dagga also designing Indian Hemp. It is a cousin of cannabis in a way, more refined and less addictive. It contains a powerful alkaloid, leonurine, which has the power to put the head in the clouds.

The Datura Stramonium was considered in some Traditions as a magic plant associated with Magic. The thorny apple ointment, potion or smoke causes the disconnection of reality, hallucinations and deep sleep. Its deleterious effects have made it nickname "Grass to the Fools"

to read :  Cannabis without Tobacco, why not mix the two?

This medicinal plant has been used for its antispasmodic and sedative effects of the central nervous system, recommended against asthma and neuralgia. Datura cigarettes were sold in pharmacies ... (banned in France from 1992)

In India, a preparation made from datura leaves, nim (Azadirachta indica) and betel (Piper bettle) is applied to eczema. Leaf sap is also given as anthelmintic and antipyretic.

PLEASE NOTE, THE DATURA WHICH WE ARE TALKING ABOUT IN THE ARTICLE IS A PLANT WHOSE CONSUMPTION CAN PRODUCE HAZARDOUS EFFECTS. 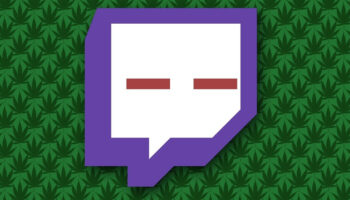