Cannabis does not create brain damage

End of the myth, marijuana reduces the impact of injuries on the brain and regenerates it

Everyone has heard of the lie that cannabis destroys brain cells. As would a brain injury ... This is one of the most common and disturbing myths surrounding the use of marijuana. The threat of suffering a traumatic brain injury is very real, and can happen to anyone. Cannabis is accused of causing damage to the brain. While in reality it does much more than relieve injuries caused by brain connections. Debunking: 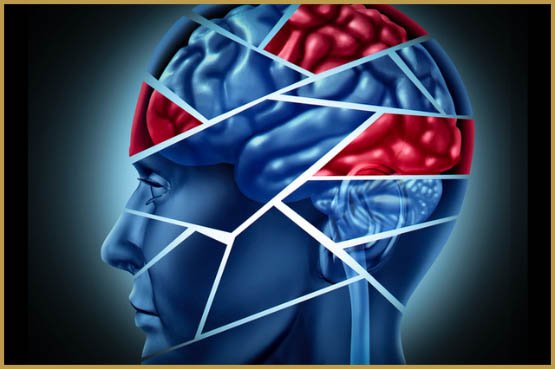 The reality is quite different, such a myth could only be farthest from the truth. None of the medical tests currently used to detect brain damage in humans have found marijuana-related damage, even after long-term heavy use. These lesions result from a shock to the head resulting in a skull fracture, internal bleeding, loss of consciousness for more than an hour or a combination of these symptoms….

But the lighter ones are also to be taken into consideration due to weakening and fatigue resulting from their repair. This is how marijuana is still blamed today, especially among young people. The resulting lesions of cannabis do not exist !! They are rather induced by a lifestyle which very often extreme. Thus, often mixing substances they really turn out to create lesions like alcohol, cocaine etc… See simply by excessive behavior, small accidents, falling to the ground, or even by sport…

Each year in the United States 80 cases of traumatic brain injuries are listed. These leading to the summary or total incapacity of the affected person; moreover these disabilities can make the person available to other traumas related to the brain.

The cannabinoids in cannabis can decrease the likelihood of this happening, by preventing neuronal cell death. The Center for Disease Control estimates that 1,7 million Americans suffer from traumatic brain injury. Adults over the age of 75 have the highest rates of traumatic brain injury requiring hospitalization, with falls being the leading cause of injury.

to read :  Tilray will export cannabis for research in the United States

In a traumatic episode, where blood flow to the brain is reduced, large amounts of glutamate are released. Glutamate is a major excitatory neurotransmitter associated with learning and memory. It would also be associated with Alzheimer's disease. The first symptoms are felt at the memory level. The subcellular distribution of glutamate receptors (kainate-like) is called glutaminergic signaling. Excessive release of glutamate harms the brain in different ways.

Glutamate excites receptors in the brain, resulting in metabolic over-arousal during brain trauma and causes neuronal death of brain cells. Metabolic stress results in an increase in toxic levels of calcium in cells.

Cannabis prevents neurotoxicity of the brain

High levels of glutamate lead to neurotoxicity and the formation of secondary compounds causing damage. The toxicity of glutamate can be prevented by antioxidants such as THC, cannabidiol (CBD) and no other cannabinoids, which is proven by study published in 2000. These cannabinoids have been shown to be able to limit damage caused by brain injury. These by stopping the loss of cells, by activating cannabinoid receptors. Which have the role of preventing the toxicity of glutamate thus reducing the accumulation of calcium.

Cannabinoids are not only derived from the cannabis plant, but are also produced by the human body. These are endocannabinoids, endogenous cannabinoids produced by our body. In addition these also reduce glutamate, and tumor necrosis factors. But while increasing blood flow to the brain. All of these factors help limit cellular damage due to injury in the brain.

to read :  Practical guide to the micro-dosage of cannabis

According to a study conducted Hebrew University in Israel, a synthetic version of a cannabinoid (2-Arachodonoyl glycerol) produced in the brains of many animals, has been shown to protect mice against brain damage. What's more, the researchers observed that after brain injury, the brain increased the production of this natural cannabinoid.

Simply put, cannabis users will resist a brain bond better than those who don't. And when the time comes to recover from a traumatic brain trauma hemorrhage, they will heal faster and more effectively. Reality is that cannabis can contribute to the growth of new brain cells.