US marijuana ban "may no longer be necessary"

In déclaration written published today, Clarence Thomas, a U.S. Supreme Court justice, questioned the authority of the U.S. government to impose federal bans on the production and sale of state-licensed cannabis.

Judge Thomas, who is considered one of the more conservative members of the Court, acknowledged that “the federal government's current approach is a half-in, half-out regime that simultaneously tolerates and prohibits local use. of marijuana. Specifically, Thomas referred to legislation passed by Congress each year since 2015 that prohibits the Department of Justice from interfering in state medical cannabis access programs. "This contradictory and unstable state of affairs undermines the basic principle of federalism," he wrote.

Mr Thomas made the statement following the court's refusal to hear an appeal by a Colorado marijuana dispensary, Standing Akimbo LLC, to prevent the Internal Revenue Service from obtaining information about its activity. .

to read :  For the first time, WHO examines the legality of marijuana

According to court documents, the Internal Revenue Service is investigating whether this dispensary incorrectly accounted for business expenses such as rent and wages in calculating its taxable income, which the tax code does not allow for businesses that sell controlled substances. Colorado has legalized the medical and recreational use of marijuana.

Thomas noted that many states have legalized marijuana and that since 2009 the Department of Justice has adopted a policy of non-intervention in state marijuana legalization programs.

“Given all of these developments, one can certainly understand why an ordinary person would think that the federal government has backed down from its once-absolute ban on marijuana,” the judge wrote. “One can also perhaps understand why business owners in Colorado, like the petitioners, may think their outdoor marijuana operations will be treated like any other legal business under state law. "

However, wrote Thomas, the Standing Akimbo case showed that the “government's willingness to often look the other way on marijuana is more episodic than consistent. " 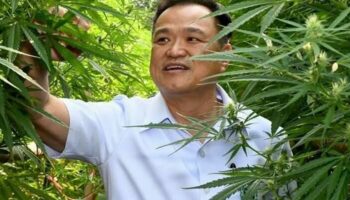