Have you ever seen a strain of cannabis that produces sap like a fir tree? A Southern California grower created an indica strain, Pinkman Goo. This strain developed by CaliCropDoc, produces a syrup-like resin which exfiltrates from the calyx just like pine sap. An exceptional strain that we present to you here:

Pinkman Goo is an indica strain that produces resin drops. The substance is similar to the sticky sap found on pine trees. Such a strain is a rarity, and the stabilization of Pinkman Goo is certainly a step forward in cannabis cultivation.

In lab tests, Pinkman Goo's resin has 4% higher THC than Gooey. The sap flows between the leaf margins and the bottom of the calyx. In fact, nocturnal photosynthesis pushes the plant resins upward through the stem and flow wherever they can ...

The strain's unique ability to produce this sap so frequently is considered a unique genetic trait. Although the growth environment can have an impact on the process ...

Much like maple syrup, the concentrated resin of Pinkman Goo has a mild taste and aroma. However, some suspect that the sap contains sugar crystals, which come out like sweat… The end result is a strain that appears to have produced its own dew droplets.

Apart from the impressive viscosity, the leaves feature a beautiful purple coloration around its edges. And the buds are also dyed this denser purple color. Additionally, this strain contains around 18% THC which makes her very potent. The overall effects of this flower are peaceful and relaxed, and the strain exhibits a very soothing earthy aroma ...

Who created the Pinkman Goo?

Pinkman Goo was developed by farmer Twompson Prater of CaliCropDoc. Thus, he inherited his cultivation skills from his father and grandfather.

The Prater family's fifteen years of medical cannabis cultivation experience can be felt behind the Pinkman Goo. Note that medical and recreational growers can learn from Prater experiences on their own. website. 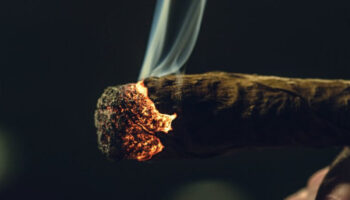 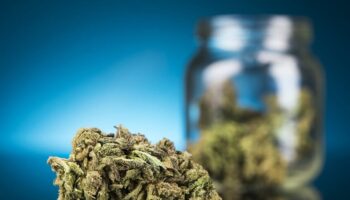