People with certain eating disorders or those who need to better regulate their diet may be ideal candidates for THCV use.

Cannabis is not only a beneficial plant from a medical point of view, it is also a very complex plant in itself.

How is THCV similar to THC?

For many, THCV may look very similar to THC because of its tone and appearance. Although THC and THCV have some similarities, they are also very different, especially with regard to the effects they have on consumers. On the one hand, these cannabinoids are very similar in their chemical structure. In other words, THCV undergoes a process that allows it to become a cannabigerovarinic acid (CBGVA). Next, CBGVA decomposes to tetrahydrocannabivarin carboxylic acid (THCVA). From there, the THCVA can undergo a process of decarboxylation wherein the UV light or heat is used to create the THCV.

In addition, THC and THCV both activate specific receptors in our body. These main receptors are called CB1 and CB2. THC and THCV have an impact on the same receptors, however, it is important to know that this response acts as a CBI and CB2 receptor antagonist. Since THCV is a CB1 and CB2 receptor antagonist, it means that THCV blocks THC, which prevents cannabis users from having fangs.

The appetite suppressant properties of THCV

Moreover, as many of you know, we all have an endocannabinoid system and it is a very complex system that regulates different functions in the body. The appetite of the body is one of the particular functions that the endocannabinoid system regulates. Research indicates that nibbling (The feeling that cannabis users feel after their appetite is stimulated) is due to a response in this system. Over time, different research results have demonstrated the ability of THC to stimulate appetite and act as an appetite stimulant.

Although THC is known to stimulate appetite, THCV has the opposite effect.

Rather than stimulate the appetite of users, THCV suppresses appetite. Since THCV is a CB1 and CB2 receptor antagonist, it blocks THC. As a result, users do not experience cravings after consuming THCV. Other research results indicate that THCV suppresses the feeling of satiety that sometimes occurs after eating something delicious.

Having said that, people who have been diagnosed with certain eating disorders or who suffer from obesity and who need to better regulate their dietary intake may be ideal candidates for THCV consumption.

In addition to its appetite suppressant properties, THCV has other medicinal properties, such as its anticonvulsant role. Thus, THCV could be used to increase the threshold of seizures in people with epilepsy and seizure disorders. In addition, it has recently been discovered that THCV contains a great potential to help diabetics of type 2 helping to control glycemic levels, according to a study conducted in 2016.

Moreover, after the consumption of THCV, this cannabinoid generally causes a rapid onset of psychedelic effects that give users a sense of lucidity, which dissipates relatively quickly.

If you want to consume THCV, which are the best strains?

Often, THCV is present in different strains of sativa-dominant cannabis. Here are some of the main cannabis strains that contain high levels of THCV :

Do you think that THCV consumption will increase in the coming years? Some farmers have started to focus on producing more high THCV strains. 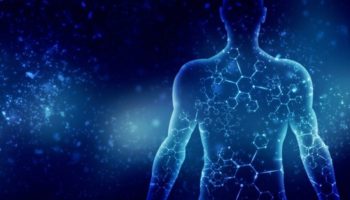 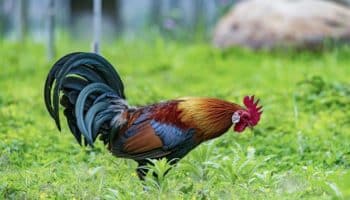