Clinical Endocannabinoid Deficiency (CEDC) is a disorder that is involved in a range of diseases, including the fibromyalgia, migraine and irritable bowel syndrome. So far, very little research has been done on this speculative disorder. Further, the researchers understand that the body's endocannabinoid system maintains homeostasis. Which means it controls and regulates pain, appetite, sleep, inflammation, and cell metabolism. Including the life cycle of cells ...

Thus, a lack of cannabinoids could cause a disruption of several systems in the body. It is theorized that this disturbance, or lack of homeostasis, then leads to bigger and potentially fatal problems. Several notable researchers have proposed thatan endocannabinoid deficiency may be responsible for diseases as the migraine, la multiple sclerosis and the Crohn's disease. According Dr. Ethan Russo, Senior Medical Advisor at GW Pharmaceuticals (the UK company that makes Sativex):

"Deficient cannabinoid levels can be the underlying cause of many symptoms relieved by cannabis."

Are patients suffering from these symptoms who use cannabis supplementing their endocannabinoid system? Can Cannabinoids in Marijuana Be Considered Simple Nutrients? Or more clearly, can cannabis be a replacement for human endocannabinoids?

Role of THC and anandamide

The three conditions include common clinical and biochemical models that may indicate an underlying CEDC symptom. Migraine is supposed to be influenced by endocannabinoid function. This is because the areas suspected of being involved in the generation of migraines are also affected by cannabinoid activity. In addition, anandamide (the natural cannabinoid in the human body) is believed to have a role in the modulation of pain. As well as in the transmission of serotonin. This positively affects people with the disease.

The biochemistry of migraine is very complex and poorly understood. But we know that high levels of serotonin are present during attacks. THC and anandamide have shown inhibition of serotonin in high doses. Although low dose increase its production, particularly in blood plasma platelets.

Platelets contain the body's strongest serotonin stores, which are also present in the endocannabinoid system, as well as throughout the brain. The release of serotonin platelets is considered crucial for the generation of migraines. And migraine is often considered a blood disease on this basis.

Underlying disorder of the endocannabinoid system

The idea that a dysfunctional endocannabinoid system is responsible for many somatic disorders has arisen in recent years. In 2004, CECD syndrome was proposed for first time. The researchers suggested that the high degree of correlation, along with the common feature of unusual cannabinoid receptor activity, indicated an underlying disorder in the endocannabinoid system.

The relationship with the serotonin signaling system cannot be ignored when investigating the possibility of the existence of CECD. Behavioral studies suggest that the effects of endocannabinoid signaling are mediated through regulation of the serotonin system. This can both inhibit or increase the synthesis of serotonin in the brain.

However, the independent effects of cannabinoids on cannabinoid receptors are believed to be the underlying cause of CECD. Despite this potentially fundamental relationship with serotonin signaling. If the existence of the CECD is amply more proven, targeted therapies can be studied. This would enable the precise nature of the deficiency to be determined and the appropriate ration and dosage of additional exogenous cannabinoids to be determined.

Currently, these symptoms are usually treated by ingesting raw cannabis extract or by smoking. This may imply diffusely different cannabinoid ratios between strains of cannabis. Due to the dose dependent effect of many cannabinoids. In addition, the relief of these symptoms may not be adequate with some varieties of cannabis.

to read :  A Cure to cure Autism

For persons with ECSD, phytocannabinoids may, in fact, be essential nutrients. For otherwise healthy people, cannabinoid supplementation can be a powerful disease prevention measure. Other compounds, like essential fatty acids (EFAs), are also known to modulate ECS, indicating that the endocannabinoid system is much more important to our health and longevity than previously thought. 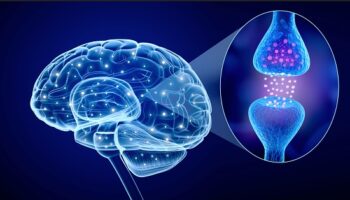 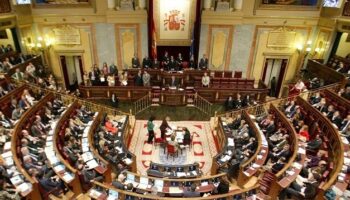