The economic effects of Cannabis in Switzerland

According to a new study, cannabis generates an annual turnover of around 1 billion Swiss francs ($1,03 billion) in Switzerland. This digit, publié Monday by the University of Geneva, includes production, import and trade in the shadow economy as well as legal economic activity, including police, justice, social work and health care.

It represents the equivalent of 582 million francs in annual revenue from the Swiss recreational cannabis market, according to the researchers. In addition, the direct and indirect turnover of the other segments of the cannabis system amounts to approximately 425 million Swiss francs per year, without taking into account the total gross value added, the study specifies.

The consequence of the sector's economic activity on employment linked to the current system is approximately 4400 full-time equivalents. The researchers also simulated three different scenarios to show the potential economic impact of alternative cannabis regulation. This would make it possible to achieve a turnover of between 200 million and 650 million Swiss francs.

Cannabis is a prohibited drug in Switzerland. Cannabis products are only permitted if they contain less than 1% of the active substance, THC. But even in this case, certain rules must be observed.

As of May 2021, pilot scientific trials of recreational cannabis are permitted subject to government approval. A previous study released by a group of organizations including Addiction Switzerland in 2020, estimates the domestic cannabis market could reach 500 million Swiss francs ($515 million).

A study conducted by UNIGE and the consulting firm EBP reveals that the entire Swiss cannabis market generates an annual turnover of one billion francs. This sum includes not only production, import and trade in the underground economy, but also legal activity such as police, justice, social work and health care. A study by the University of Geneva has examined in detail the economic effects of the current form of regulation and that alternative regulations could change the status quo.

Cannabis was first banned in Switzerland in 1951. Seventy years later, the world has changed and many countries are questioning whether prohibition is the best policy to serve the public interest. Switzerland has been considering the issue for decades now and multiple attempts have been made to change the form of the regulations, both in a stricter and a more flexible direction, without success so far. The Federal Office of Public Health (OFSP), in coordination with the cantons of Geneva, Basel-City and the cities of Bern and Zurich, financed a study which brings new information to this discussion from one point from an economic point of view.

Many industries are affected by Cannabis

Approximately 56 tons of cannabis (marihuana and resin) are consumed in Switzerland each year. This corresponds to just over 750 joints per day. Based on this demand, the annual revenue of the Swiss recreational cannabis market is estimated at CHF 000 million (excluding imports, the estimate is CHF 582 million). In addition, the direct turnover of the other segments of the cannabis system amounts to CHF 432 million (law enforcement), CHF 14 million (jurisprudence), CHF 9 million (police) and CHF 34 million (Health care). If indirect effects due to intermediate inputs and income generated are included, the total effects (direct and indirect) amount to CHF 22 million for the market segment, CHF 843 million for healthcare, 44 CHF million for the police, CHF 71 million for case law and CHF 18 million for law enforcement.

Gross value added comparable to the production of cars and car parts:

The total gross value added (GVA) is estimated at CHF 673 million, of which CHF 428 million are direct effects and CHF 245 million are indirect effects. The direct added value generated by the cannabis system corresponds approximately to approximately 0,06% of Swiss GDP or approximately half of the economy of the canton of Appenzell Innerrhoden. The closest industries in Switzerland with a similar added value are water supply, which is slightly lower at 0,04%, or the production of cars and automotive parts, which is slightly higher at 0,08%.

The total employment effect of the economic activity associated with the cannabis system amounts to approximately 4400 full-time equivalents. For reference, this figure is similar to that of the employment generated by the Swiss accident insurance (SUVA), which employs around 4200 people in Switzerland.

Should cannabis be legalized in the future?

The study also shows that the economic effects would change in the medium term if other forms of regulation were applied. To demonstrate this, different regulatory scenarios were simulated. Legalization of consumption and possession for personal use combined with legalization of non-commercial production (“Cannabis Social Club” scenario) would reduce the total turnover of the cannabis system to CHF 650 million. An unregulated private market (“Free Market” scenario) would further reduce turnover to CHF 200 million, while a highly regulated private organization scenario would result in approximately CHF 275 million.

to read :  Former police officers get into the cannabis business

A necessary basis for advancing the legislative process

Adrian Gschwend, head of policy and implementation at the FOPH, adds: "This study comes at the right time since the National Assembly's Committee on Social and Health Affairs has recently proposed a law on the legalization of cannabis. The results show that we need a well-regulated market that provides both child and adolescent protection as well as health safeguards to end the illicit cannabis market.”

Dr Sandro Cattacin, full professor in the Department of Sociology at the University of Geneva, puts the result into context: "When heroin was prescribed in the 1990s, the determining factor was people's suffering, which led to public outrage and a discussion on the solution of the drama. Subsequent evaluations led to a stabilization of this policy approach. For cannabis policy, the same elements are relevant, even if the suffering has not been visible for a long time. It is only recently that public debate has begun to pay attention to the suffering caused by prohibition. This study does not deal specifically with suffering, nor does it show which regulation is morally preferable. Rather, it provides much needed and welcome information on the economic effects of current and alternative regulatory scenarios, which will add a new quality to the cannabis regulatory legislative process. 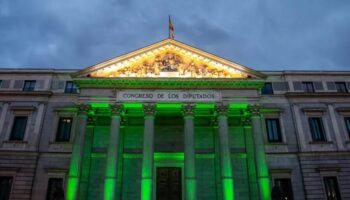 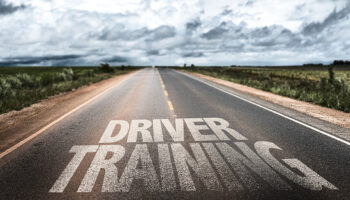 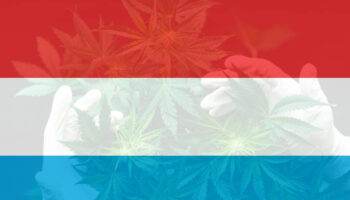