Grass is becoming more expensive in the world

Almost everyone will agree that we paid a high price for weed. But not only! This is one of the conclusions of the last Bloomberg Global Vice Index, an annual tool for monitoring the cost of drugs, including illegal ones.

The Bloomberg Global Vice Index is a purely economic indicator, not a judgment on morality or legality. Cannabis, cocaine and heroin are licensed for recreational or medical purposes in various forms and in various jurisdictions, while in the United States, the drug debate evolves. Several states have eased restrictions on cannabis, while there is a mobilization at all levels against opioid abuse on prescription, which killed tens of thousands of Americans.

What does the indicator say?

Americans should pay 846$ for an “average basket” made up of four generic groups of drugs: opioids, cocaine, cannabis and amphetamine-type stimulants. It is the third highest prize in the world, behind New Zealand, Australia and above all, more than 40% more than last year.

The indicator also measures the share of average income (based on data from the International Monetary Fund) that is needed to maintain a weekly habit. U.S.for example, this figure is 70%, almost double that of Canada neighbor, where the "average basket" costs a little over $ 300, roughly the same price as on the other side of the world in Hong Kong.

Luxembourg repeated itself as the most affordable nation to climb to the top, while the Netherlands climbed a few places to place second. In the first case, it is because Luxembourgers are rich: with annual incomes over 100000 dollars and in the second: because drugs are cheap. The Dutch basket costs just $ 93, well below the rate in most developed economies. The France placed in 8th position with an “average basket” of $ 147.

to read :  Virginia is the 16th state to legalize marijuana

The Netherlands are also a key exporter. With the increase in illicit drug trafficking on the darknet, a considerable number of sellers are said to be operating from the Netherlands, ”the European Monitoring Center for Drugs and Drug Addiction said in its 2018 report.

A place where this price is unquestionably high is in the Antipodes. In Australia, the highest price in the world was $ 1263, or 116% of weekly earnings, up from 91% a year ago, due to a rise in opioids. New Zealand, the cost also exceeds the income of a working week.

Australians spent $ 13,5 billion on illicit drugs until August 2017, according to central bank estimates, with methamphetamine and cannabis accounting for over 70% of purchases. This figure comes from a study on the circulation of banknotes in the country: it is estimated that nearly 2% of them are used in drug trafficking.

The other end of the price scale are countries like Laos Dominican Republic and Costa Rica, which are close to major production centers or smuggling routes. The Costa Rica Star newspaper reported in December that a kilogram of cocaine sells for around $ 8000, compared to $ 35000 in the United States and $ 60000 in parts of Europe.

to read :  Synthetic THC approved by the DEA

Bloomberg Index 2019 has been simplified compared to previous editions, which included cigarettes and alcohol. A retrospective measurement for the same products was taken for comparison. Since much of the trade in other items takes place in the dark, data collection is difficult and surveys tend to suffer from a time lag. Some price changes are also more related to currency fluctuations than to the price of illicit drugs on the market.

The basket price increased year over year in just over half of the index countries. The United States recorded one of the largest increases, with most of the increase coming from cocaine and opioids: drug categories that accounted for nearly 70% and over 70000 fatal overdoses recorded in the country in 2017.

The problem is global. "There has been an increase in the non-medical use of prescription drugs (diverted from legal channels or illicitly manufactured)," the United Nations said in its World Report on Drugs 2018, one of Bloomberg's primary data sources for this index. 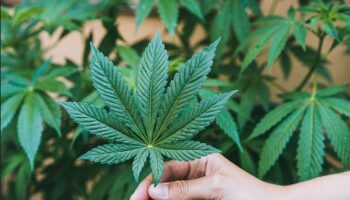 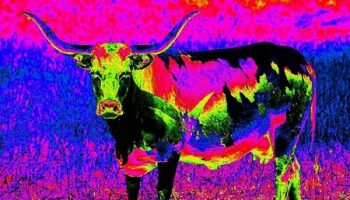