While in France the Paris Court of Appeal judge because the overconsumption of cannabis abolished the judgment of a murderer and that taking cannabis can make you criminally irresponsible. An expert in Canada explains why he views zero tolerance limits for THC as “excessive and scientifically DON'T founded". According to a recently published study in Canada, people who used a driving simulator showed no signs of impairment one day after smoking cannabis, although they still tested positive for THC.

The research has implications for workplace laws and regulations that require no trace of THC, what Scott Macdonald, a retired professor at the University of Victoria, calls " unscientific " page (in French).

I consider one of the biggest myths about cannabis that the effects of hangovers are measurable around the clock, ”he says. “When people smoke cannabis, they are only weakened for a short, very short period of time. You might have THC in your blood, but you are not a danger. "

Researchers at the Center for Addiction and Mental Health in Toronto gave participants 10 minutes to smoke cannabis at the level of their choice, and then tested it in a driving simulator.

As they were allowed to control their own consumption, the blood levels of THC in the group varied. They ranged from zero to 42 nanograms per milliliter, almost 10 times the legal limit for driving.

How long does cannabis stay in your body?

The driving simulator scenario called for a nine-kilometer journey on a section of a country highway signposted at 80 km / h, with a few simple problems to solve, such as a slow vehicle.

Immediately after smoking, the THC group showed signs of impairment, mis-centering the imaginary car in its lane and driving slowly inappropriately.

But in further tests 24 and 48 hours later, they still had detectable levels of THC and they behaved normally in the driving simulator.

This study shows that, like alcohol, cannabis impairment goes away no later than a day after use, if not much sooner.

However, THC can continue to show up in tests long after a disability has ended, unlike alcohol, which would cease to be detectable as the disability subsides.

“Biological tests are not useful in identifying people who pose a safety risk,” says Macdonald. “What we have left are behavioral symptoms. We are still working on developing tests to assess whether someone who uses cannabis is a safety risk. It's hard to do.

“Cannabis is not in the same class as alcohol, in terms of safety risk. Alcohol is much worse. "

Several provinces prohibit young or new drivers from having detectable levels of THC.

In Ontario, for example, drivers who violate a zero tolerance rule for THC can face a three-day suspension, a fine of $ 250 and a reinstatement fee of $ 281 for the first offense. The penalties are increasing for repeat offenders.

to read :  Does cannabis replace alcohol during COVID-19?

Saskatchewan has taken what may be the toughest approach in Canada: New drivers in the province, regardless of their THC level, face a 60-day license suspension, a three-day vehicle seizure and four demerit points.

“In October 2018, the Canadian Society of Forensic Sciences released a report indicating that cannabis impairment begins almost immediately and can last up to six hours or more, depending on factors like THC levels and how which it is consumed, wrote spokeswoman Kristine Bunker in an emailed response.

“As the effects of cannabis vary, there is no way of knowing exactly how long to wait before you can drive safely. "

Most young people drive and have day-to-day responsibilities, like school and work, so when we have data showing that drivers would exceed limits 24 and 48 hours after use, it does little to make our roads smoother. safe and deserves a reassessment, ”she wrote in an email exchange.

“Driving is a privilege, but at the same time cannabis is legal today, and young people older than the age of access should be able to use the weekend and drive a full day later to get there. at work or at school without risking drunk driving.

Across Canada, some police services have effectively banned cannabis from their own members. Montreal police officers have the right to consume in their spare time, provided they report to work "fit for duty". But Toronto police and RCMP prohibit officers from consuming within 28 days of reporting for work, while Calgary police officers are prohibited from consuming at all. (Since THC can be detected for up to 28 days after consumption, these policies are more or less the same.)

Police unions in Toronto and Calgary opposed the policy when it was announced, with Toronto calling it "dishonest" and "arbitrary", and Calgary saying its members said " certainly not really happy with the idea of ​​my employer telling me what I can and can't do with a legal substance on my own time.

"I think the 28-day bans are excessive and not science-based, especially now that cannabis is legal," Macdonald says. “If cannabis was illegal, I could see it from that point of view. There is no scientific basis for them posing a risk to the public if they have used cannabis in the past 28 days. "

“(The rule) was developed thoughtfully and based on sound advice and evidence, in recognition of the critical role members play in ensuring a safe workplace and community. We will continue our research and explore this procedure. If at some point new science or new research causes us to re-evaluate our processes, we will. "

A British Columbia labor arbitrator recently issued a decision against TransLink, the Vancouver area transit company, about how she handled an employee's positive THC test.

to read :  Some foams contain a THC-like pain reliever

David Solomon, a train attendant, was forced to undergo drug tests twice a month for a year, despite a doctor's opinion that his cannabis use was not a problem. Solomon had to call the testing department every day to find out if he was going to have a test that day or not, and go to a lab to be tested if the answer was yes.

The military allows certain members to use cannabis at certain times, depending on their job. Some, like divers, aircraft crews, submarine crews and drone operators, face a 28-day ban similar to the more restrictive police force.

“Many jobs - usually those that are safety sensitive - have adopted a zero tolerance policy, but as cannabis becomes more integrated into society we will need to consider policies that reflect this change and adopt. a better understanding of cannabis and its effects, ”wrote Valleriani.

“Some jobs require drug and alcohol testing as a condition of employment, but this raises the question of how workplaces can manage the risk of impairment without having a specific measure of it. "

The study was published this week in the Journal of Drug and Alcohol Dependence. Macdonald was not involved in this.

During the study, a placebo group was given joints without THC to smoke, but it turned out that the participants were very clear whether they had consumed THC or not, with more than 90 percent of both groups having indicated precisely in which group they belonged.

During the study, a placebo group was given joints without THC to smoke, but it turned out that the participants were very clear whether they had consumed THC or not, with more than 90 percent of both groups having indicated precisely in which group they belonged.

"This is the largest sample of any sample I know of," Macdonald said of the 91 study participants.

CAMH and Health Canada: main author of the studye.

Field sobriety tests cannot be used in court against a person accused of driving under the influence of cannabis, according to a former ruling by the Supreme Court of Justice of Canada

A decision court ruled that police officers cannot testify in court regarding the so-called "results" of field sobriety tests used in determining a person's blood alcohol level. However, officers are still allowed to testify about a person's characteristics during a routine check. The decision has declared that it would not be appropriate for these tests to be used to determine whether a person is under the influence of cannabis, citing the lack of scientific consensus on the effectiveness of field sobriety tests on people who have used cannabis.

The SJC now says based on science, the standard field sobriety test we use for alcohol, which we have used in the past for marijuana, does not match.

In the ruling, the Supreme Judicial Court wrote that jurors are allowed to use common sense when reviewing the evidence. The decision also doesn't exclude officers from doing field sobriety tests, but they say they can't definitively answer the question. 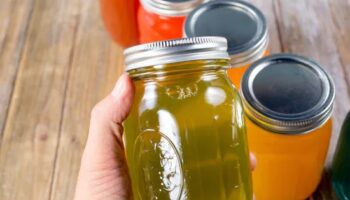 Does niacin, vinegar or cranberry cleanse your weed system?