The Hessian start-up Cansativa wants to distribute recreational cannabis in the future. So far, the company has a monopoly on the wholesale of medical marijuana from Germany. Now Snoop Dogg is also investing in the business.

The start-up Cansativa, until now a wholesaler of medical cannabis, wants to distribute recreational cannabis on a large scale in the future. For its growth plans, the company, headquartered in Mörfelden-Walldorf, received a cash injection of 13 million euros from three American and Munich investors. “We want to become the frontrunners of legalization and the operational backbone of the entire cannabis industry,” said declared Benedikt Sons, who founded the company together with his brother Jakob.

With Cansativa, the Sons brothers were the first to bet on the import and distribution of medical cannabis in Germany, after it was legalized and regulated by the Bundestag in 2017. In 2020, the company has guaranteed the monopoly of the wholesale trade for cannabis grown in Germany to the Federal State. Since then, all orders for German marijuana flowers arrive at Cansativa and are delivered to pharmacies. 2,6 tons can be grown and distributed in Germany every year. They are prescribed for patients who suffer from chronic pain or lack of appetite after cancer treatment.

to read :  Record decline in unemployment in Colorado

The number of employees will increase from 20 to 50

The demand for medical cannabis is increasing, in 2021 between 12,5 and 15 tons were dispensed by pharmacies, at prices ranging from ten to twenty euros per gram, depending on the form and quality of the product.

“The medical cannabis market was also a testing environment for us,” says Jakob Sons. According to him, the fact that the company will in future not only supply pharmacies but also licensed outlets makes little difference. The number of employees will increase from the current 20 to 50 in the coming months, and another 50 could be added by the end of the year. In addition to the Mörfelden site, Cansativa has therefore moved into offices in Westend, Frankfurt.

Currently, the addition of 13 million euros represents the largest sum that the start-up has been able to raise from investors. The largest donor is Casa Verde Capital, the US investment fund owned by famed musician Snoop Dogg, which specializes in the cannabis market and has already taken a stake by investing in Berlin-based pharmaceutical producer Sanity Group, which operates a production plant in Frankfurt.

to read :  The first investor symposium in Hong Kong

So far, the turnover has doubled every year

The other investors on the venture capital fund Argonautic Venture and the Munich Family Office Alluti of the entrepreneur Bert Bleicher (Hoffmann Werkzuge). Cansatavia did not disclose the valuation of the company on which the investment is based. According to their own information, the annual turnover of medical cannabis was more than eight figures last year and so far this figure is doubling year on year. “We can continue this momentum over the next two or three years,” said Benedikt Sons. The big question that remains is when recreational cannabis will be available. »

The Greens, who participate in the federal government, assume that legalization will take place within the next two years. The cannabis will then be distributed through special, licensed stores and distribution centers. Jakob Sons does not expect it to be available only in pharmacies. "It doesn't match their assortment." AT Malta, for example, special clubs for smokers are being opened.

Proponents of legalization hope that users will be decriminalized and that the judicial authorities will be relieved. In 2020, there were approximately almost 200 proceedings against consumers throughout Germany. In addition, legal marijuana will be significantly more secure. Police representatives meanwhile continue to warn about the trivialization of drugs. 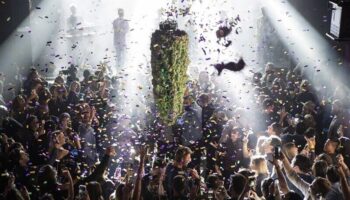 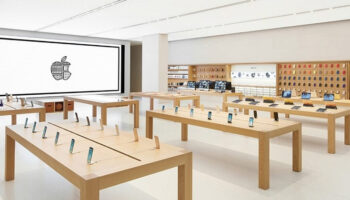 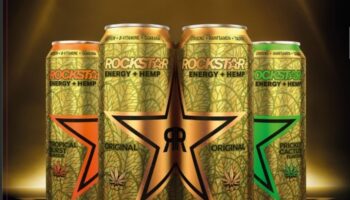