The sand fly attracted strongly by the Sativa

The sand fly (blood sucker), the Diptera Psychodidae is strongly attracted by the cannabis plant Sativa, but why?

Bloodsucking flies (sand flies) are known to carry infectious diseases - but study shows they are strongly attracted to the cannabis plant Sativa. According to an article published in the journal Proceedings of the National Academy of Sciences, the results could have implications for the control of sand fly populations (Diptera Psychodidae) worldwide. This is important because, just like closely related mosquitoes, sand flies can spread dangerous diseases ...

THEIndependent reports that an international team of scientists have found that in proportion to its abundance, Cannabis Sativa is consumed by sand flies much more frequently than expected. Which suggests that he was very attractive to insects.

Flies are known to carry infectious diseases, such as leishmaniasis, which causes ulcers and many other viruses. malaria. According to a study published in the journal eLife, animals transmit to humans about 60% of emerging diseases. Thus, researchers must find new ways to detect these infectious pathogens in animals, especially flies. And, before an epidemic breaks out ...

Cannabis sap in the sand fly

- scientists who study flies like the bloodsucking fly, tsetse fly around the world from Brazil to the Middle East have noticed that the stomach contents of flies contain much more often than expected cannabis sap.

Sand flies suck blood at certain stages of development. Indeed, they also feed on the sweet sap of plants. However, in areas where flies are common,  cannabis sativa rarely grows naturally . It represents only a small fraction of the available food sources. Besides, such a common food in the stomachs of flies must mean one thing. They are strongly attracted by this substance.

For the study - led by Ibrahim Abbasia of the Israel-Canada Medical Research Institute and the Hebrew University of Jerusalem - researchers used light traps to catch sand flies in six unique regions spread across Brazil, in Ethiopia, Kazakhstan and Israel. They then used next-generation gene sequencing techniques to determine the types of plant meals the flies ate.

“We thought that the sand flies that fed on plants had genetic material [DNA] from the plants they ate. Mr. Warburg said.

The study concludes on a surprising note, huge amounts of cannabis sap inhabited the stomachs of these flies… But the strangest thing, there is no receptors for cannabinoids in the body of flies.  Thus, the exact nature of the attraction is still understood and requires further research ...

Flies are usually trapped using sweet baits to help control their populations in problem areas. Adding cannabis plant material or even extracts to the baits can help trap them. And these Sativa cannabis traps, could catch more flies and further reduce disease transmission. 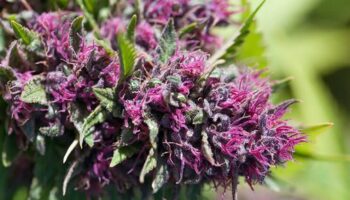 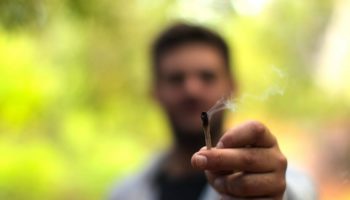