Wu-Tang's Raekwon invested in his new project: Cannabis for the people, by the people

Raekwon of the Wu-Tang clan, born Corey Woods, also enters the cannabis game. His project is as new as it is cool. The rapper turned entrepreneur has invested in CitizenGrown, a company defined by the slogan "cannabis for the people, by the people". With a unique business model, CitizenGrown's mission is to provide households (in US states where cultivation is legal) with automated cannabis grow boxes that allow people to reap the rewards of this ever-expanding industry.

“We asked ourselves if our technology was the way to spread the wealth of this industry? Use our grow boxes, cultivate high-end cannabis and combine profit and purpose, ”explained Deepa Sood, the young CEO of the company, during a recent conversation exclusive.

“It's like a universal income proposal,” Raekwon added, stressing that this is not a side job or a second job. It is, quite simply, passive income: CitizenGrown pays you for space in your home, hardly asks you for a job.

When Raekwon met CitizenGrown, he immediately fell in love with his noble mission to redistribute the profits of legal cannabis among the communities most affected by the war on drugs. He calls these communities “the cultivators of this movement” both literally and metaphorically.

“CitizenGrown, they're kind of cannabis superheroes, if you ask me,” the rapper said. “Everything starts from the base. "

The company will provide low-income communities with the tools and expertise to build wealth through cannabis. The whole cultivation process is remotely controlled by the experts at CitizenGrown.

In addition to installing the boxes in homes, the company provides educational opportunities that were not previously available in these same locations.

“It's a bit of a school where we help people, teach them what cannabis is, and make sure that at the end of the day you are responsible for what you put in your body and understand what it is for. Every time you come back to the neighborhood and want to do great things for your community ... Whatever you want to do, however you want to express yourself, we will empower you to express yourself, creatively. and financial. That's what CitizenGrown stands for, ”he added.

To Rae, it looks like a remedy. While other companies in the cannabis industry are "capitalizing again on some things that come from where we come from," he said, referring to black culture, that "CitizenGrown recognizes that cannabis comes from our culture, and wants to do more for the community side, and give opportunities to people ”.

In fact, Rae had never seen an organization with values ​​like CitizenGrown, a company whose mission of social justice is fundamental.

"You cannot take something that is not yours by right, offering nothing in return," he added, noting how black communities have suffered in America for centuries, seeing their culture plundered by historically privileged sectors of society.

to read :  A job offer to travel and smoke grass

“If the politicians were for the communities, they would be part of this situation and understand that at the end of the day cannabis offers an opportunity for the economy of certain neighborhoods to develop to a certain level. "

If you really care about a place, you should empower it. About that, Rae is adamant.

What we need, he says, are more humane and engaged politicians, and cannabis policies and regulations that integrate social equity and justice. Lawmakers and politicians need to understand what their communities need, what they want. This is what will ensure their success, he continued.

“It's one thing to talk about it, and quite another to be. People know the difference ”.

In today's political climate, where the Black Lives Matter movement is at the center of news and public interest, many classics of black culture have resurfaced. This is particularly the case with FUBU, a popular clothing line aimed at communities of color.

This concept is very similar to that of CitizeGrown, which is also a minority owned and run company whose goal is to help minorities thrive. When told about this parallel, Raekwon recognized it without hesitation.

“We are for the people; and when you want to be for the people, you have to know what's going on in the world… We all want justice to be recognized and respected, ”the rapper said. Pointing out the similarity to CitizenGrown's mission, he went on to say that Black Lives Matter “is a movement that really supports people who don't have [justice] or who don't think they can have it. 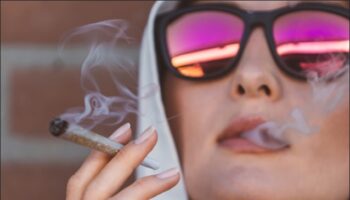 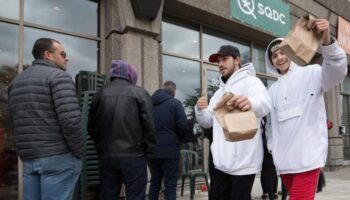 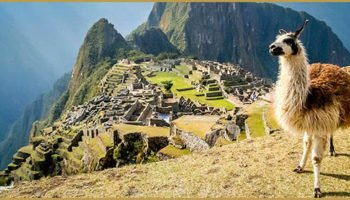