Medical marijuana has the potential to cure hundreds of diseases. Making cannabis makes the world a healthier place. The idea that smoking grass is a dangerous act becomes a notion of the past. More and more evidence is pointing to endless health benefits. Here are some heartfelt stories that claim that medical marijuana saves lives:

Rick Simpson is best known for reinventing medicine based on hemp oil. He claims that his body contained plenty of unhealthy chemicals and cancer to heal. And nothing was done about healing, causing more harm than good. He and hundreds of people have tried to take medical cannabis from Canadian authorities. So, Rick's movement displeased the state's response, went back against the authorities ... Yet cannabis use saved Rick's life. Today he is considered a hero in the world of marijuana. What's more, a hero with many followers. Rick's story is summarized in the documentary "Run From the Cure", the second of which is in preparation:

Shona Banda has been suffering from Crohn's disease for eight years. She was bedridden, she could not walk except with a cane. Terminally diagnosed, Shona decided to explore alternatives. In a last push to save his own life. Shona saw Rick Simpson's video, and began to treat himself with cannabis oil. Shana is now healed, and has returned to a normal life. Cannabis has worked miracles, giving a back and a health to the one who wrote later " Free Live or Die »; a best seller detailing his own experience.

Charlotte Figi suffered from incurable epilepsy when she was a young child. By the time she was two years old, her parents had tried every conceivable medicine to cure her, some of whom almost killed her ... As a result of having endured more 50 convulsions in one night, parents are turned over to marijuana, and have done everything to get a medical card in the state of Colorado.

After his first dose of CBD oil, convulsions stopped immediately. Beginning to leave the catatonic state where she resided, her parents had the pleasure of hearing her for the first time. Charlotte was featured in a CNN documentary, an incredible story.

After being diagnosed with cancer, the celebrity Beverly Hills was treated with a cocktail of up to 27 drugs, including morphine. But after learning about the existence and benefits of marijuana oil, Cheryl began a new treatment with alternative medicine ... Cannabis oil treatment cured Cheryl after 90 days, and her cancer remains in remission to this day.

Peter Germain suffered from 2-type diabetes, a life-threatening disease that is extremely debilitating. After introducing cannabis oil into his diet, results came to light after only six weeks. His blood sugar levels dropped dramatically, and he even lost 22 pounds. Peter claims that ingesting cannabis oil cured diabetes and obesity.

Kristin Courtney says these first cannabis juices saved her life. Diagnosed with juvenile rheumatoid arthritis at 16 years, Kristen's health rapidly diminished. The drugs did not help her, the teenager and her mother started looking for alternative treatments, Kristen on her own made cannabis-based juices, and after about a year, the pain stopped and her recovery has begun. Now, Kristen defends medical marijuana for all people suffering from the same old conditions ...

David healed himself of two cancerous lesions with the help of cannabis oil. At first, he was given a chemical cream prescription (which is given after a chemo), but David decided not to use it, after seeing disturbing user images of this kind of cream ... Instead from this, he began to treat with a cannabis herb ointment, after three to four weeks of application, the cancer has completely resumed.

Biochemist Dennis Hill tells anyone who wants to hear that cannabis kills cancer. Dennis treated his own cancer using cannabis concentrate (by Rick Simpson), combining 3 for a healthy diet and exercise with doses of cannabis. The tumor disappeared, and after six months its cancer. 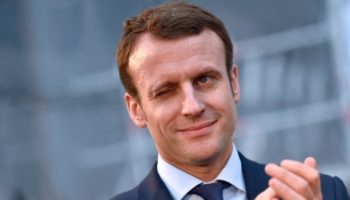 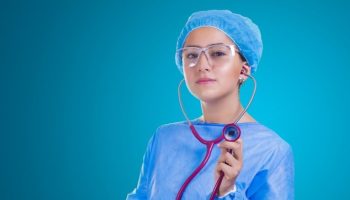