Content hide
1. FDA Approves Psilocybin Study for the Treatment of Depression and Obsessive Compulsive Disorders
2. The medicinal mushroom?
2.1. Increased hyperconnectivity
2.2. The treatment of obsessive-compulsive disorder
2.2.1. "Reset" and "Defrag" of the brain
2.3. FDA approval

Over the years, the hallucinogenic fungus has been shown to be effective in treating a variety of mental problems. The Food and Drug Administration US (FDA) now approves the use of its active ingredient, psilocybin. The result is a COMPASS Pathways study aimed at treating drug-resistant depression and obsessive-compulsive disorders.

Magic mushrooms have been used in human society since the age of 9,000 years. Archaeological artifacts dating from the Stone Age indicate the use of fungi in Africa and Europe. These mushrooms, which contain the active ingredients psilocybin et psilocin, are not strangers to the study either. Since the last century, studies have been conducted on psilocybin. In particular, we recognize Timothy Leary's research at Harvard University in the 60 years.

The activity of magic mushrooms on the brain relieves mental states and even long-term behavioral changes. Thus, mushrooms contain psychoactive substances which "cap" the receptors located at the ends of nerve cells in the brain. They are similar to serotonin.

In recent years, studies of these substances have started to focus on mental illnesses and signs of improvement in the condition of patients with mental illness, such as depression, anxiety, obsessive-compulsive disorder. (OCD) and a tendency to addiction. What currently interests the FDA. Besides, other studies have shown that magic mushrooms can be effective by getting rid of addictions such as smoking and alcohol.

A study of 2014, consisted of brain fMRI scans on 15 treated people. They injected psilocybin, the active ingredient in magic mushrooms. And, brain tests were compared with those who received placebo.

More recently, Dr. Robin Carter Harris, a researcher at the Department of Neuroscience at Imperial College London, explains in his lecture that new electrical connections occur entirely in the brain under the influence of psilocybin. Ansi, it creates "new" feelings that we did not know before, such as hallucinations, ego breakdown and various spiritual experiences.

The treatment of obsessive-compulsive disorder

Due to their "mimicry" for neurotransmitters such as serotonin, psychoactive substances contained in hallucinogenic mushrooms are involved in the processing of our emotions and their ability to influence our perception. The psychedelic may therefore be useful for the treatment of psychiatric disorders. Indeed, scientists find that psilocybin has a positive effect on patients with depression, anxiety disorders, and obsessive-compulsive disorder (OCD). These are all very common diseases in Western culture ...

Delivery charges London researchers observed the year, the immediacy of the effects. After treatment with psilocybin, patients experience improved mood or relief from tension and anxiety.

MRI scans show reduced blood flow to areas of the brain responsible for processing emotions. Some patients use computer analogues, such as " Reset For the brain or " Defrag As for a hard drive ... Another study from Johns Hopkins University reports even more convincing results. Six months after treatment with psilocybin, 80% of subjects report permanent relief of symptoms of anxiety and depression.

An important advantage of magic mushrooms is that they work where standard drugs cannot be used. In addition, no need to consume them for a long time (long term), to feel the effects ... They can therefore be a good substitute for those who resist the most common antidepressants. The almost immediate effect (treatment in a few hours…) can cure deep anxiety. So to speak, the mushroom can reduce the fear of death , especially among terminally ill patients.

On the other hand, it is important to remember that these substances have not yet been studied in depth; but only in combination with other psychotherapy. However, there are also patients who have experienced side effects such as anxiety, high blood pressure, etc. But, the medical fungus is currently considered the amazing, the safest , it is not involved in the original disease

The FDA recently approved the use of psilocybin in a new COMPASS Pathways study. She will examine the 216 patients with trough that have not responded to existing drugs on the market (drug-resistant).

The applications of psychotropic drugs in medicine 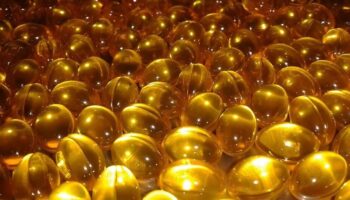 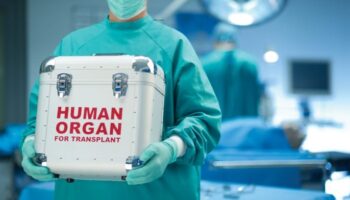 CBD dossier: What is cannabidiol?