Altria Group, the owner of Phillip Morris and Marlboro, plans to enter the world of cannabis

After a wave of rumors in recent years, it's now official. Altria Group, the owner of Phillip Morris and the Marlboro brand, is exploring entry possibilities into the cannabis industry.

Altria Group, evaluates its entry into the cannabis industry

In 2012, with the announcement of legalization in Washington and Colorado, rumors circulated about the big tobacco companies. And, in particular on the manufacturer Marlboro, Philip Morris, via the owner company Altria which provides for entry into the legal cannabis market. A spokesman for Philip Morris, then denied the rumors:

Our policy states that we do not respond to speculation about future business plans. Tobacco companies will continue to manufacture and market tobacco products.

In 2016, a company spokesperson once again denied the rumors ... And, said that Philip Morris and the parent company Altria “Do not intend to sell cannabis products. Now for the first time comes an official statement from the parent company (Altria) announcing that it is examining all opportunities to enter the cannabis market.

The company is aware of the possibility of imminent changes in the legality of cannabis in the United States. We are currently investigating and evaluating business opportunities for this product. However, cannabis is still illegal under US federal law. And, we intend to continue to comply with federal law.

According to Robert Fagan, an analyst who works for a Montreal investment firm, tobacco companies take their time when it comes to investing in industrial cannabis. Because they are waiting for legislation on the subject which will be unequivocal before jumping into it on foot… Just like the tobacconists, dependent on tobacco manufacturers… Despite legal uncertainty, other cigarette manufacturers have already tried their luck. A few weeks ago, the British tobacco giant Imperial Brands has invested more than Oxford Cannabinoids Technologies, in the study of cannabis ...

to read :  2 billion dollars in 3 years thanks to the taxation of the Californian market

Also, it should be noted that the tobacco industry's interest in cannabis has been around at least since the 70s. In an internal note de Phillip Morris de 1970, reveals that cannabis is "another and perhaps the best way to meet the needs of cigarette consumption". Remember, however, that the tobacco industry is losing enough money for the vaping market; and that she has every interest in readjusting ^^ 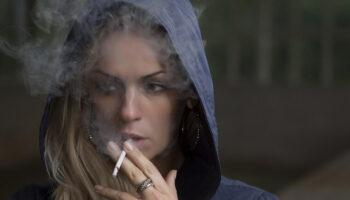 Monsanto, the end of an urban legend