The cultivation of cannabis is infused with technological innovations for a future closer than we think.

The future of agriculture is not as far as some people imagine, robots in greenhouses are not just an idea from science fiction novels. Robotic farmers and total greenhouse automation have already made their way across crop rows across North America for quite some time now, and they're about to break into the cannabis industry. an important way.

Back in the past: the sun hunter robot

Hexa, the solar hunter robot takes care of your plant, on his head ...

Plants are "heliotropic", that is to say they grow towards the light. A plant that wants to live, will always go to the light ... As a playful device, Hexa the programmable robot, can only sympathetically walk the plant, to the sun. Equipped with embedded sensors and intelligent programming, this robotic application says: "accessible to the greatest number and not to a few". Can we consider this feat, with our favorite plants? It is now a possibility, thanks to the work of Tianqi Sun, whose company Vincross manufactures Hexa , the robot in question. Hexa is a programmable robot designed to make robotics user-friendly and accessible to many people. Sun recently remodeled one of his Hexa robots to become a very, very chic mobile flowerpot, The Verge has reported as part of a project he calls "Sharing human technology with plants".

A little more recent: The Greenbox

The new automatic machines »budtender Are ATMs at weed.

The green box is the invention by Zack Johnson, CEO of the company and former Massachusetts music industry executive who designed a booth
to weed.

This is the idea behind the green box, a real "Legal Dealer" or Bud Tender, a kind of hybrid between an ATM and the most trendy distributor in the city.

The stylish kiosks have a touch screen with an interface that divides products for sale into sections like flowers, oils and edibles. Consumers can browse the product selection and choose the item (s) they want to buy. Once the payment is made (on smartphone via Apple or Samsung), a robotic arm chooses and distributes the desired products. The whole process takes less than three minutes from start to finish.

Automation is already making its way into the greenhouse

A robotic takeover of the marijuana industry should not be a surprise given the technological advances the industry has made in just a few years. Many forget that only ten years ago, recreational cannabis was a taboo subject, with farmers focusing on secrecy rather than technological improvements. Today, marijuana is a multi-billion dollar industry in North America alone. It is already breaking records as a cash crop, its profits helping to fund technological innovations that push the boundaries of conventional culture.

The automation of cannabis can be less shocking than robotics. Many medium and large commercial farms already rely on a certain level of automation to manage the logistics of growth. Companies like Priva work with other companies to eliminate manual management of the growing process. Priva designs greenhouse systems that eliminate the need for constant human monitoring of vital systems such as irrigation, lighting, CO2, temperature.

Most systems, such as Priva's range of automation systems, allow the producer to control the crop in real time. Routine climate adjustments are automatically managed by predefined algorithms and complete sensory systems. Priva allows producers to step back from the micromanagement of a crop by collecting and analyzing data area by zone. Priva designs systems where the farmer can visualize, manipulate, modify and make real-time decisions on the factors influencing the climate of his greenhouse, irrigation and heat management operations.

Priva is by no means one of the only companies to automate indoor cannabis operations. Braingrid, Urban Grow and others are making a name for themselves in the field of automated greenhouse climate control and data-driven crops. These systems open the way to full robotics that enters the field and the culture room.

What is the role of robots in the modern exploitation of cannabis? If you imagine an army of useful robots to weed and hoe as they grow, you will not be so far away. Naio Technologies already has a team of four robots in its small army, which are making their way through the rows of crops, weeding and quickly returning the soil so that employees can focus on more crucial and complex tasks. They currently have four models (Oz, Bob, Ted and Dino), two of which are specifically aimed at the wine industry. In an hour, a small machine like their Oz model can weed 1000 meters of a crop, perhaps more efficiently and effectively than unskilled labor.

It is logical that companies like Niao, with robots already adapted to a vineyard, end up turning to cannabis. Indoor and outdoor cannabis cultivation operations can expect financial and productivity gains from a team of robots that support the many repetitive and mundane tasks of growing cannabis. marijuana.

Introduction of robots in the culture room

While weeding robots do not fit your vision of the future of cannabis cultivation, there are other systems that focus on the logistics of indoor growing rooms that may seem more realistic today. Stackable, space-saving models are increasingly used in the industry to maximize room culture productivity, but what if integrated robotics and automation make every plant more accessible and productive?

Hove has a long history of designing custom solutions for the greenhouse industry, solutions that have naturally attracted the cannabis industry. They have developed a Cannabench System, called Cannabench System, which maximizes space, improves operational efficiency, reduces labor costs and increases profits.

It is important to note that they have adapted to systems already used in cannabis. Their special, space-saving rolling trays fit perfectly into the ebb and flow trays, trellis systems, and height-adjustable systems so workers always work at optimum heights.

As robots are already making their way through the rows of other greenhouse crops, they will surely be embarking on the cannabis industry soon. Automation will probably also take over commercial spaces, becoming the norm rather than the exception. With the level of investment that floods the industry and open access that is spreading around the world, cannabis cultivation is full of technological innovations directly from the future. 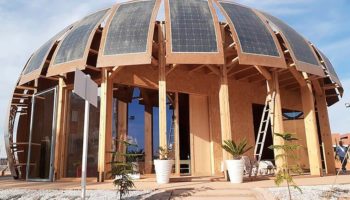 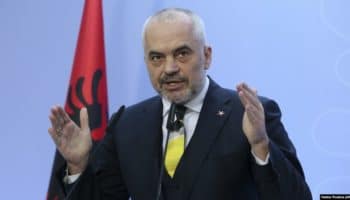 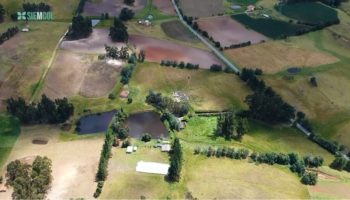