The largest cultivation site in Europe has received approval from INFARMED, the Portuguese regulatory authority for the pharmaceutical industry in Portugal to allow Symtomax, a cannabis producer based in Portugal, to cultivate, import and d '' export GACP quality dried flower (good agricultural and collection practices).

Symtomax combines innovative horticultural techniques with the expertise of award-winning growers who will produce unique, GMP certified organic medical cannabis oil for the healthcare industry. The head office is located in the city of Porto, Portugal.

For Symtomax, the goal is very simple: to want to become a vertically integrated supplier from semen to sales, by producing a medical product to be brought to market that can compete with pharmaceuticals, opioids and the various other products currently available.

The company has a 105 hectare site in Beja, Portugal, of which 95 hectares have been approved for growing medical cannabis. A 4000 m2 greenhouse that is fully equipped and intends to produce a small crop every six weeks throughout the year. One of the biggest challenges facing cannabis companies in Europe today. Having a cultivation site and the production and extraction facility in different locations introduces elements of risk when it comes to harvesting and transporting crops between sites.

Fostering innovation in Portugal for the rest of Europe

To mitigate these risks and reduce production costs, the cultivation space and the production facility are placed on the same site in Beja. The company has also ensured that the 2650 m2 production facility is designed by one of the most recognized companies in the cannabis industry, with significant experience in extraction and innovative drying rooms.

to read :  Can cannabis be the next billion-dollar industry in the UK?

Since 2017, Symtomax has developed the product Oral Tab which is an alternative delivery system for CBD. Rather than the drops and pills that are currently on the market, Oral Tab is a dissolvable patch, which is placed on the user's tongue and dissolves directly in the bloodstream.

The Portuguese climate is very similar to that of California and offers a long outdoor season, which means that it is particularly beneficial for our crops. In addition to the climate, the business is located near one of the largest water reservoirs in Europe, which is important because cannabis plants need a lot of water to thrive. Portugal has always had a pragmatic approach to drugs - it became the first country in the world to decriminalize the possession and use of all illegal drugs in 2001 and legalized cannabis for medical use in 2018; and lawmakers are currently discussing whether to legalize adult cannabis as well. If done correctly, and if the Portuguese market continues to thrive, it will be a leader within the European cannabis space.

Other companies are settling and developing in Europe, and more particularly in Portugal, and we want to strive to be ahead of the game. We have signed flow agreements with companies in Europe and in other countries. other parts of the world. While it is of course advantageous for us to be profitable and to satisfy our investors, we firmly believe that we can have a big impact on the pharmaceutical industry in Europe.

While the European cannabis market is by no means as mature as the North American markets, the German market has done extremely well in selling flowers, France has the potential to become the largest market in Europe or even to move Symtomax from a single jurisdiction facility to operations in multiple jurisdictions. Each European jurisdiction has quotas or restrictions on the import and export of cannabis, so expansion into multiple jurisdictions, potentially France or Spain, should help meet market demands.

to read :  Bees love cannabis and it could help restore their populations

Cooperation and collaboration according to Symtomax

The future of small cannabis companies in Europe, as we see it, is to work together, not against each other. The European medical cannabis industry is still in its infancy and working with regulators and other companies can only be beneficial for this industry as a whole in Europe. It's not even about challenging big business, but rather the fact that the cannabis industry is now irrefutably present in Europe; and the best way to grow this industry from its inception, and bring medical cannabis into the mainstream, is for small businesses to work in partnership with each other en masse.

When it comes to SOEs in this space, the reality is that this industry is likely to grow in the same way as the tech industry - in the next five years, there will likely only be two or three large SOEs left. For us, as private companies in this space, we must stand united and work alongside regulators to build a healthy, profitable and well-governed market. If done correctly, it will be a very interesting sector to watch as it rolls out in Europe in the coming years. 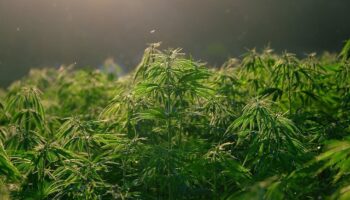 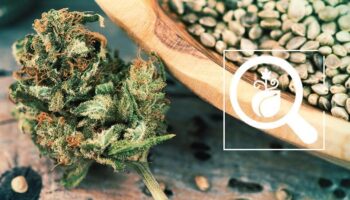