In a major step forward for the European hemp industry, Estonian regulators plan to allow hemp growers to grow plants with higher THC levels than the current 0,2%. By 2023, this limit will be at least 0,3%. This will allow the country to comply with regional standards set by the European Union last year.

This change will require an amendment to the country's narcotics table. This new liberalized policy, however, is not intended to legalize recreational cannabis, but rather is presented as a way to help domestic hemp growers who have repeatedly complained about the limited cultivation opportunities offered to them by current regulations. Currently, only two varieties of hemp can be grown legally in Estonia. The proposed regulatory update would allow the cultivation of between three and five new varieties of hemp.

to read :  Rastafarian march for access to the cannabis industry

The difference will also certainly make the country a more competitive market for the burgeoning CBD industry. About 6800 hectares are currently devoted to hemp cultivation in Estonia. Farmers who grow hemp with a THC content below the set limits are eligible for agricultural subsidies.

European hemp regulations have been set at 0,3% across the region. Switzerland, outside of the EU, allows hemp varieties with up to 1% THC. The rest of Europe is unlikely to follow in Switzerland's footsteps in this regard until recreational use is fully legalized. However, this development puts Estonia in the lead among European countries that are on the verge of change their policies national cannabis standards to comply with European standards rather than outdated national standards.

The lack of regulatory homogeneity between EU countries is one of the main obstacles to a strong cannabis industry at the regional level, whatever it may be.

to read :  NORML's victory in the United States

How will recreational cannabis reform impact THC limits in hemp?

Recreational cannabis reform could impact regional standards for the amount of THC allowed in hemp. In all likelihood, however, as is the case in the United States and Canada, the European cannabis market will remain stratified between "medical", "recreational" and "industrial" in terms of licensing and specific cannabinoid limits after full legalization. These regulations will define the verticals in which growers will be allowed to operate – and will, almost no doubt, come with additional levies and taxes based on the amount of THC in the plants grown.

In the meantime, Estonia will be one of the first countries to officially apply the "new" European standards on the levels of THC authorized in hemp. 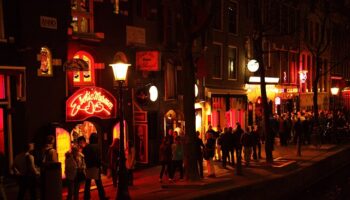