Full legalization in Canada in 2018

The Liberal government of Canada, led by Prime Minister Justin Trudeau, is expected to introduce legislation in early April. Which, if adopted, will lead to full legalization of cannabis at the 1er July 2018. 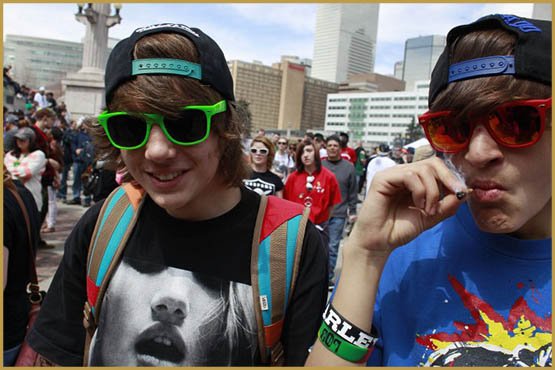 CBC News has reported as Bill Blair, the former Toronto police chief who led the legalization project for the government, the deployment plan. In particular, the recommendations which provide a separation of powers between federal, provincial and municipal governments. All parties will all have a stake in the cannabis economy. Indeed, they will be able to benefit from the tax revenues generated by this new economy.

According to those informed of the plan, the federal government will control the licenses cannabis producers. Medical cannabis producers are currently licensed by Health Canada. They distribute drugs to patients by mail ... Adult distribution systems - whether by mail, delivery or in retail stores - will be established by the provinces. This will also make it possible to control a provincial cannabis tax.

to read :  Marlboro plans to enter the cannabis industry

Federal authorities will set a minimum age for purchase and possession from the age of 18. But each province will have the possibility of setting a more advanced age limit. Finally, if she wishes ... It is not yet known whether existing medical cannabis dispensaries, which do not hold a license, will be admitted to the new regime. At worst, they will be able to apply for federal and provincial licenses ... Concerning the current licenses, the police raids raise questions ... Indeed, Jodie Emery announced the week following her arrest that she was renouncing her membership in the Liberal Party of Canada, accusing Justin Trudeau's troops of having lied to the population on their promise to legalize ...

The Radio-Canada report concludes by saying that Canadians will be allowed to cultivate up to four plants per household. This is very important, because the police have exerted strong pressure to ban all domestic cultivation. This by invoking the risks of safety, health and fire. In addition, proponents of home cultivation cited individual rights and freedoms and environmental impacts.

Under the proposed plan, federal legalization would begin the 1er July 2018. But a legal retail market may take a little longer to establish. Because each province will have to create its own regulatory system before issuing licenses or permits to operate. Once introduced, the law will go through the parliamentary process until it becomes law. The government expects this to happen by July 1, 2018. Which is by chance Canada Day, date of birth of the Canadian confederation.

Le Liberal Party of Canada adopted cannabis legalization in 2012. It was adopted with more than 70% of delegates at a national convention in Ottawa. This policy was introduced by the Young Liberals of Canada and British Columbia. Justin Trudeau, during his campaign to become Prime Minister of Canada, spoke with conviction and continued commitment to this policy. If approved, Canada will be the first of the G7 countries to legalize and regulate the use of cannabis for adults. Reply the 4.20...