Cannabis legal in Germany in 2023?

Summary: Potential requirements for production, distribution and trade in Germany

The three ruling parties in Germany had already included the plan to legalize cannabis in their 2021 coalition agreement. After the cabinet approved by resolution a document on the key points on this subject, which was published on October 26, 2022 , a concrete legislative proposal is still awaited and more and more voices are being raised to question the benefits in terms of health and decriminalization.

This article focuses on the requirements already identified in the document for the production, distribution and trade of (soon?) legalized cannabis, as well as the remaining hurdles to overcome for the legalization of cannabis products.

The aforementioned document is not yet a legislative proposal that could be put to the vote of Parliament. Nevertheless, it can be assumed that the key points presented could also be found in a future legislative proposal. The fact that another version of the document circulated shortly before, which provided stricter guidelines in certain areas (for example, the concentration of THC and the quantities to be possessed), makes it clear that the plans are still subject to constant changes.

Only certain forms of cannabis will be allowed

First of all, we will see which are the cannabis products that, according to the document, will actually be subject to the legalization plans. There are plans to only allow certain forms of cannabis for consumption. In particular, synthetically produced cannabinoids will not be permitted.

Products intended to be smoked, inhaled, administered nasally or orally in the form of capsules, sprays and drops will be authorized as dosage forms. An extension to so-called 'edibles', which are non-food products offered for oral consumption, should be considered as part of an assessment.

The document mentions that further specifications for cannabis intended for human consumption will be defined to ensure quality and purity. However, the document does not specify these requirements in detail. In particular, the published version of the document does not contain a clear definition of the maximum THC content. However, THC levels will have to be declared and there will be specifications on plant protection products, mycotoxins and micro-organisms (eg setting maximum limits). Mixtures with tobacco and nicotine as well as the addition of flavorings will not be permitted.

Only a maximum quantity of purchase per person corresponding to the maximum authorized quantity of personal possession (between 20 and 30 grams) can be sold per purchase and no sale can be made for third parties.

Controlled distribution of cannabis for consumption will be allowed in stores licensed and controlled by the authorities, while distribution through pharmacies is also being considered.

Stores will have to focus solely on selling and advising on cannabis consumption. There will be no combination with the sale of other stimulants such as tobacco and alcohol.

Store operators and sales staff will be required to provide evidence of their specific expertise and skills in advice and prevention. In addition, a contact person for the protection of minors must be designated for each store. A consultation meeting must be offered for each purchase.

Shops will have to respect the minimum necessary distances from schools, establishments for children and young people. In addition, a limit on the density of stores, taking into account the density of the population, must be respected.

to read :  Thailand: law will allow research on medical use

Only adults will be allowed to access the stores. To be sure, a systematic control of the age will have to be carried out at the entrance of the stores (or in the pharmacies before the sale).

Additionally, the legalization plans in the document include a general ban on advertising cannabis for human consumption, which will also apply to packaging design. Cannabis intended for human consumption will therefore only be sold in plain outer packaging, without any promotional motive.
It will be prohibited to advertise purchase suggestions by stores in the external presentation or on the internet. Only factual information, for example on the place of sale, will be authorized.

Strict requirements for packaging and leaflets

In terms of packaging, cannabis will only be able to be sold in childproof containers and in plain packaging.

The following mandatory information must be indicated on the packaging:

Cannabis products will need to be accompanied by educational information about cannabis, low-risk use and the risks of use, as well as information about counseling and therapy services.
Production and distribution under strict state supervision through licensing and control

The Licensing and Monitoring System

The production and distribution of cannabis products will be subject to strict state supervision through licensing and control at all levels. According to the document, the entire supply and trade chain (cultivation, processing, transport, wholesale, retail) must be subject to a control system (track and trace) which includes the documentation of the different chain steps.

The cultivation, processing, storage, transport and sale of cannabis for human consumption will only be permitted if a license holder has received authorization from federal or regional authorities to carry out this activity. It will be possible to license each element of the supply chain separately. The granting of a license will be subject to a royalty and a quantity limit will be set. The duration of the license will be limited in time and can be extended several times on request.

Authorities or mandated institutions will have the right to inspect all parts of the supply chain to ensure that they meet their requirements. Violations will constitute an administrative offense and will be punished by a fine. Repeated violation of the regulations may result in criminal prosecution and the license may be revoked.

License holders can be natural or legal persons. They are required to provide authorities with an overview of all aspects of their business related to cannabis for human consumption. In particular, they must meet the following requirements to obtain a license:

Specific requirements for cultivation are being worked on

Finally, the document indicates that appropriate criteria for production are still being developed. It will be essential that the cultivation method ensures adequate quality.

Obstacles to overcome in the legal framework

Additionally, there are other legal hurdles that make it questionable whether the German government will be able to carry out its legalization plans as outlined in the document. A number of experts consider these plans to be incompatible with international and European law.

With regard to international law, the following conventions should be considered in particular for the international control system concerning the use of drugs:

These conventions do not provide for national regulations for non-medical reasons. Even if production, trade and distribution were fully state-controlled, Germany could be seen as violating the agreements. On the other hand, some experts plead for a restrictive interpretation of the conventions with regard to cannabis, because the conventions would not sufficiently differentiate between “soft” and “hard” drugs. The expert reports of the scientific service of the German Bundestag also mention these obstacles in relation to international law, and mention others which exist from the point of view of European law. These reports were not commissioned by the government, but by the opposition. In all the expert reports, however, the Bundestag lawyers refrain from assessing whether the government coalition can succeed in ensuring compatibility with international law in the legislative process. They merely document the legal hurdles the government may have to overcome.

With regard to European law, there are concerns, mainly because Germany is bound by (two) existing European treaties which could stand in the way of legalization:

Furthermore, experts agree that the approach chosen in the Netherlands is not a model for legalization plans in Germany. There, the “Opium Act” is still in force, which makes the cultivation, sale and possession of cannabis a punishable offence. However, the possession and sale of smaller quantities are “de facto decriminalised”. In any case, the police confiscate the drug, even if it is within the tolerance range. The sale of cannabis is "formally illegal" but is not prosecuted within the limit of tolerance. The cultivation and acquisition of larger quantities of cannabis remain fully punishable. On the other hand, according to the German plans, these aspects would be exempt from any criminal responsibility and would be formally legalized.

Conclusion and next steps

As can be seen, the current plans for the legalization of cannabis in part already contain detailed criteria, for example on the requirements for indications on the packaging and package inserts.

However, it is also clear that a consensus for the characteristics of the cannabis products themselves has not yet been found and therefore no detailed specification is possible, for example for cultivation.

Although the document should be seen as an important step towards the development of legalization of cannabis, it is not yet expected that a proposal for legislation will be introduced in Parliament in the process. The German Federal Minister of Health, Karl Lauterbach, seems to want to ask for an official notification procedure of a legislative proposal by the European Commission. In December 2022, he informed on how to proceed: “We want legal certainty. This is why we would like the European Commission's legislative proposal to be notified as soon as it is available. Key points cannot be notified, only a legislative proposal. In addition, the Lauterbach Ministry of Health has commissioned an expert report which examines the consequences of controlled distribution of cannabis to adults. The objective is obviously to convince the European Commission that the planned law will limit the consumption of cannabis, reduce the black market and improve the protection of children and young people.

According to Mr. Lauterbach, obtaining the opinion of the experts should not lead to delay. It is still expected that the legislative proposal will be finalized in the first quarter of 2023 and then submitted to the Commission for notification. In the event of a positive reaction from Brussels, it is planned to submit the legislative proposal to parliament for a vote in the second half of 2023. 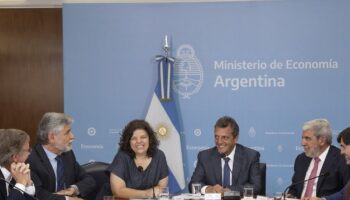 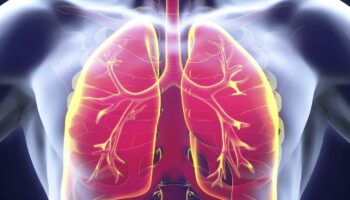