Understanding the endocannabinoid system and the entourage effect

What is the endogenous cannabinoid system

In 1998, the pioneer of cannabis science, Dr Raphael Mechoulam and his team introduced the idea of ​​the entourage effect. Their research validated the hypothesis that different cannabinoids act synergistically on the endo-cannabinoid system, thereby improving their activity. The term entourage effect is often used, but does it mean? And what specific cannabinoids are these? To answer these questions, we have reported the experience of Guru of Ganja, the famous Ed Rosenthal.

If you are reading this blog, you are very familiar with THC. And you've probably heard of CBD. When smoked on its own, CBD has positive physiological effects on the body. These include the activation of the parasympathetic nervous system and the induction of appetite. Combined with THC, it reduces the paranoia and anxiety normally associated with cannabis use.

What is perhaps even more important than Dr Mechoulam's contribution to the term 'entourage effect' is his discovery of the natural cannabis receptor system of the human body, the system's cannabinoids like THC and CBD work. on him. This physiological system is responsible for maintaining homeostasis throughout the body at the cellular level.

The three "tasks" of the ECS (endo-cannabinoid system) have the same function: to reduce the pain on the injured area.

This same act of "biological balance" takes place at all levels of the body all the time: the EC system is working to maintain homeostasis and this has incredible implications for medicine. Cannabis continues to gain traction as a pain medication. Cannabinoids don't just feel good because your body loves them, they are fundamental building blocks of human health.

Let's take a quick tour of other less talked about cannabinoids.

Many people do not make the difference but you have to know that even
cultivated “high THC” variety produces very little psychoactive delta-9-THC, the vast majority of what is in the resin glands is actually THCa, the chemical precursor of THC. The same goes for the CBD: The high CBD strains are actually very high in CBDA. In both cases, the a "Means acid - especially carboxylic acid, which does not easily cross the blood-brain barrier due to its atomic structure, which is passively changed by the process of decarboxylation: the name refers to the removal of the" carboxylic group " COOH.

Although people generally refer to the measured total potency of a flower or concentrate (including the acid precursors) as “cannabinoid content,” it is the raw cannabinoid acids that dominate in the buds. Smoking, vaporizing, or in some cases extracting the buds decarboxylates THCA into delta-9-THC, the psychoactive compound, or in the case of cannabidiol, turns CBDa into CBD.

to read :  The consumption of cannabinoids is associated with a decrease in constipation

A simple example, the difference between a weed and a brownies: If you take an eighth of a very potent bud and eat it, there will be little to no noticeable effects. That's not to say that there won't be benefits: a lot of people swear by consuming raw cannabis to improve their health and well-being, one thing is for sure, it sure won't get you high. . This is because the vast majority of the cannabinoids in the bud have not been decarboxylated, so they remain in their raw, non-psychoactive state.

On the other hand, a brownie which has been exposed to temperatures above the “decarboxylation” point of THC, around 100 ° C. Even if you didn't decarboxylate your bud before buttering and baking, it's possible that you still baked at a higher temperature so that the vast majority of the cannabinoids in your brownie are active THC, this which means if you eat it you know what is happening. The same rule applies to CBD, only the decarboxylation point is slightly higher: around 135 ° C.

CBN has long been viewed as undesirable in high concentrations by most consumers and, by extension, growers. This is because CBN is produced by the degradation of THC by exposure to oxygen (oxidation). CBN levels naturally increase as mature cannabis plants approach harvest, because the same oxidative process that converts THCa to THC also converts THC to CBN.

CBN levels also increase during decarboxylation: exposure to heat increases the natural process of degradation, which means that THCa is converted to delta-9-THC, which is simultaneously converted to CBN. This balance has long been skewed towards maximizing delta-9 levels and minimizing CBN concentration, but as the way the public is consuming is evolving to encompass more cannabinoids, CBN extracts are attracting little but growing interest.

Traditionally, most cannabis users' experiences with CBN have come from consuming old buds that have converted most of their THC to CBN through gradual oxidation. This experience is generally characterized by the effect most associated with CBN: drowsiness, or sleep induction. Those looking for the highs they enjoyed a year ago (not to mention the long-volatilized terpene profile) will be disappointed, but those who are just trying to get a good night's sleep may appreciate the extra CBN.

As with all cannabinoids, CBN can be isolated by fractional distillation for use in tinctures or consumed as a dabbing extraction. There are currently very few commercial sources for these products. This could represent an opportunity to move forward as the demand for cannabinoids beyond THC and CBD gradually increases with our understanding of their respective contributions to the entourage effect and their individual impacts.

to read :  An anti-inflammatory and much more at the service of athletes

If you have never heard of cannabigerol or CBG, you are not alone, many cannabis users are unaware of the existence of this "minor" cannabinoid, which usually only appears in tiny concentrations (1% or less) in the collected cannabis. However, without this cannabinoid precursor, there would be no THC or CBD.

All of the THCa and CBDa in the resin glands of the cannabis plant begins with CBGa, which is produced internally and then transformed by enzymes into THCa, CBDa, or CBCa, another cannabinoid that shows up on drug radars. researchers. But, as with all cannabinoids, we are learning that CBG has its own distinct effects on human physiology, including inhibiting cancer cell growth and reducing intraocular pressure.

Cannabichrome (CBC) is a "non-psychoactive" cannabinoid, in that it does not readily bind to cannabinoid receptors CB1. However, it appears to provide analgesic effects and has been shown to bind to pain receptors. Research on this cannabinoid is still slim compared to the big data on CBD and THC, but it has been shown to have a unique effect on anandamide, an endocannabinoid associated with numerous therapeutic effects, in relieving depression. inhibition of cancer cell growth. CBC allows anandamide to stay in the bloodstream longer, increasing its cumulative impact and increasing its effectiveness. This effect has also been seen with CBD, but early research suggests it may be even more pronounced with CBC.

Any discussion of cannabis medicine and the science behind how cannabis works inevitably ends up having someone say this phrase - the last rhetorical sanctuary of the cannabis status quo - " more research is needed" page (in French).

And of course, there is some truth to this. Any social and scientific phenomenon with as many facets and fronts of development as cannabis undoubtedly requires a monumental undertaking on the part of researchers and scientists to better understand it. However, this ignores the mountain of very legitimate clinical research already being done on this topic, much of which comes from Israel, which has a less restrictive legal environment when it comes to cannabis research.

We sincerely hope that cannabis research will continue forever, but neither can we let prohibition advocates make the connection between the endless need to know more and the lack of sufficient data to move forward. decriminalization. 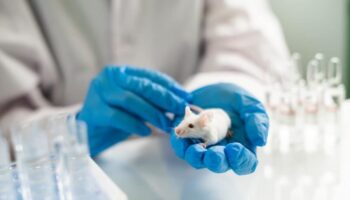