Alcohol increases aggression, marijuana decreases it - Thus concludes a New study from the Netherlands, published in The journal Psychopharmacology

Public health researchers generally agree that marijuana is a less harmful “drug” than alcohol. From a chemical point of view, alcohol is more additive and more toxic than marijuana, and therefore more deadly ...

The results of a recent study in the Netherlands have confirmed that marijuana is much safer than alcohol, especially regarding violent behavior. The willingness for such a study is a longstanding demand by supporters of cannabis policy reform.

According to his results, alcohol users showed more aggressive tendencies while intoxicated as well as sobriety, except marijuana users became less aggressive under the influence of it.

Consumers of alcohol, in other words, act more aggressively when they are drunk than they do when sober. On the other hand, smokers have become less aggressive when the “High” is felt.

The groups tested completed a number of tests designed to get people annoyed. The First group known as the “Simple Category Implicit Association Test” consisted of people subjected to a battery of tests including words and photographs illustrating aggressive and violent behavior (punching, kicking, etc.) ).

In the second test, the speakers played video games with which they could earn money (by pressing buttons…). They pitted against an opponent who was authorized to undermine players' gains. The Players did not know that the opponent was indeed controlled by the computer.

These results were obtained by two self-evaluations:

The first, known as the “Category Single Implicit Association Test,” had people conforming to positive and negative words, photos depicting aggressive and violent behavior - punches, kicks, etc. In the second test, responders played a video game in which they were told they could earn money by pressing buttons. They pitted against an opponent who could undermine the players by taking their money. The players did not know that the "opponent" was actually controlled by the computer.

“The results of the present study support the hypothesis that acute alcohol intoxication increases feelings of aggression and that acute cannabis intoxication reduces these same feelings,” the researchers conclude.

The report of the level of Testosterone and levels of cortisol were recorded as secondary measures of the result.

This comes in line with other research, like this 2014 study conducted by the University of Buffalo, finding that marijuana use among couples is linked to a drop in the rate of domestic violence.

A another fun study from 1980; researchers initially gave varying doses of marijuana, asking responders to administer electric shocks to people in another room. Obviously the more stoned the person, the less interested they were, until they completely skipped the “sentence” ^^

Alcohol facilitates aggressive feelings, whereas cannabis decreases them; whether among alcohol users or regular cannabis users respectively. Be kind, it's good for your health, to be aggressive towards others can double the risk of having a stroke in midlife or in old age. 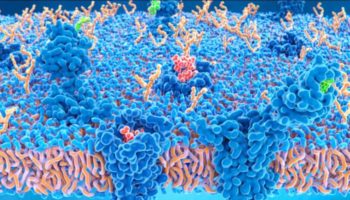