As cannabis for medical use becomes more readily available, it is imperative that the risks of driving be clarified through extensive research.

New research conducted by the Lambert Initiative for Cannabinoid Therapeutics from the University of Sydney highlights how the use of different types of cannabis affects driving, feelings of intoxication and cognitive function.

The effects of cannabis on driving motor vehicles are nowhere near as predictable as alcohol, said Professor Iain McGregor, university director of the Lambert Initiative for Cannabinoid Therapies.

Most street cannabis is rich in THC, the cannabis chemical that makes people get high, but there is an increasing use of drugs that also contain cannabidiol (CBD), a better-known non-toxic cannabinoid in the treatment of severe epilepsy but also useful for treating anxiety, psychosis and pain. It has often been argued that administering CBD could also reduce some of the deficiency caused by THC.

It is important that people understand the potential impairment while driving while using cannabis, said Professor McGregor.

"There is no reason to believe that drug-impaired driving is safe and that it is important that people understand the potential risks," said Professor McGregor.

"But this is a hot issue for patients who use medicinal cannabis and many of whom are told by their doctors not to drive under any circumstances," said Professor McGregor.

"And while it is illegal to drive while impaired by medical cannabis, it is still allowed to drive after taking opioids, benzodiazepines and low doses of alcohol, although it can be argued that they can cause even more impaired faculties than cannabis. Clearly, much more research is needed to fully understand the impacts. "

"Our research on cannabis for medical use and driving contributes to the ongoing political debate on issues such as safety, impairment and detection," said Professor McGregor.

In a randomized, double-blind crossover study, 14 healthy volunteers with a history of light cannabis use attended three outpatient experimental testing sessions during which simulated driving and cognitive performance were assessed. patients.

The high THC cannabis was vaporized at a dose (125 mg) that caused strong intoxication among consumers and a reluctance to drive, according to the study.

In a test of a sophisticated driving simulator, people who received THC were weakened for four hours on a demanding car after a task in a complex urban environment, although it was not a simpler standard road driving task. The study found that the type of impairment seen with cannabis with a high THC content resulted in more pathway weaving.

However, on other measures, the drunk participants were a little safer, leaving a greater gap between them and the car in front and showing no tendency to speed.

Even high THC cannabis had only one effect
modest deleterious to simulated driving performance. The only performance measure that deteriorated significantly with cannabis was the interleaving of the tracks, and participants in the high THC and balanced THC / CBD groups tended to leave a larger gap between themselves and the car in front. compared to the placebo group.

This study is the first in a series of research studies on cannabis and driving planned by the Lambert Initiative. A study assessing the accuracy and sensitivity of road drug testing procedures will be published shortly; an extended version of this study on actual driving on the road is currently underway in collaboration with the University of Maastricht (Netherlands); as well as an upcoming trial evaluating simulated driving and cognitive performance using only CBD-based cannabis products.

"A better understanding of the effects of cannabis on driving is imperative so that the legal frameworks can be updated and unambiguous advice can be given to patients, all based on high quality scientific data," said the Professor McGregor. 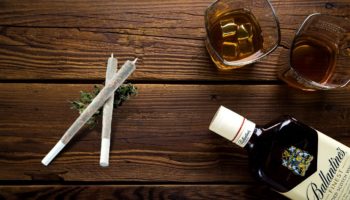 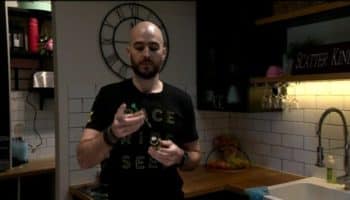