Legalization in Belgium could bring 150 million to the state

Since the 11 last April, the Belgian government authorized products intended to be smoked and whose THC content is less than 0,2%: considered as 'other smoking tobacco' and will therefore be taxed as such. The newspaper "Le Soir" reveals the results of a study that measures the impact of decriminalization of cannabis on the Belgian public finances.

An estimate of the impact of cannabis legalization on public finances

Forbidden for many years, this plant is still considered a "drug" by United Nationsas well as cocaine and heroin. It is strictly forbidden to market, produce or even possess it, within the meaning of 1961's Single Convention on Narcotic Drugs, signed by more than 180 States. Despite this, the UN lists 192 million users, making it "the most widely used illicit drug in the world."

Legalizing cannabis could bring 144 millions exactly to the state according to the "Friday Group": a brainstorming group of about twenty young bilinguals, has just completed a study that risks reviving the debate.

Scientists study the consequences for the Belgian public finances of three scenarios of legalization: a simple decriminalization, or state-controlled management and one competitive market.

Taking into account the effects on the costs of justice, public health, new tax revenues ... the authors conclude that the three scenarios of decriminalization would bring money back to the state. And it is the scenario of management by the State that would release the highest margin: 144 million euros.

As the elections approach, political proposals to legalize and regulate the sale of cannabis are emerging. Supporters stress that legalization is necessary to better control cannabis use and reduce criminal networks. Opponents of decriminalization or regulated forms of legalization cite the risks of addiction and the commoditization of consumption, pointing to the human and social impacts of such a policy orientation.

However, the impact of cannabis legalization on public finances has not been studied in detail. Therefore, in its new report 'Cannaconomics', the Friday Group calculates the impact of possible policy choices on public spending and cannabis incomes. This is a challenge because there are few reliable studies on the subject, especially regarding public spending on cannabis.

Decriminalization removes the ban on the use of cannabis, but still prohibits its sale and production. The increase in the number of cannabis users in this scenario would lead to an increase in health expenditure of 14,1 million. However, the costs for justice and the police (only for use, and not for criminal networks related to the production and sale of cannabis) can be reduced by 56,9 million. Result: a reduction of 42,8 million euros expenditure for the State.

What happens if the government controls the production of cannabis itself, distributes the licenses and determines the selling price? Such a government monopoly has two major advantages: a sharp reduction in costs for the police and the judiciary, and an influx of tax revenue estimated at more than 40 million per year. In this scenario, the government could generate 144,6 million, while the number of users remains more or less stable due to higher prices.

Legalization with a free competitive market for the purchase and sale of cannabis appears to be less financially advantageous for the government. Here again, new tax revenues would be generated and security costs reduced. However, due to a drop in the selling price and a sharp increase in the number of users, the state margin becomes much lower (78,4 million). "If the selling price of cannabis were to fall sharply, for example from 10 to 7 euros per gram, the tax revenue might not be enough to cover the increase in health care costs. As a result, the state may even show a negative balance, "says Julien Raone, economist Group Friday.

It remains imperative to examine all aspects of the available policy options. However, based on this study, it is possible to assess the extent to which a policy choice can release resources to address, for example, prevention or risk reduction, "says Audrey Hanard, chair Group. "Due to the lack of reliable numbers, it is important to interpret the results with caution. But of the three political choices, the monopoly of the government on the sales of cannabis seems to be the most interesting scenario in financial terms ". 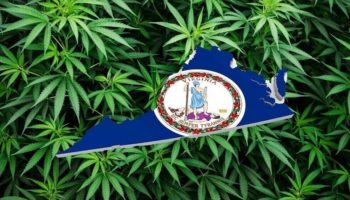