Out of hundreds of applications, Jamaica has licensed both a medical ganja farmer and a cannabis oil refiner

Jamaica will produce its own medical cannabis

Epican Medicinals has received a license for the cultivation of legal cannabis. And Everyting Grasses Labs Limited has also been licensed to treat raw cannabis in oil. Both companies have signed a tripartite agreement with the CLA in which Everyting Grasses agreed to purchase cannabis only from Epican. Finally, until other licensed growers are ready to operate ...

CLA has received more than 200 license applications of medical cannabis. But they only started accepting them last summer… So far two licenses have been granted.

La Jamaica and these two companies must ensure that the tripartite agreement and other matters are properly addressed. These have been officially published. And the agreements were signed at the end of October. Today they are finally free to operate.

“My installation has been underway for a year. And we just have to wait until Epican, which is the other company licensed to grow ganja, is ready. Because it's a closed loop system, ”said Rory Liu, CEO of Everyting Grasses, at Jamaica Gleaner. “They are the only ones I can deal with right now. And when the other cultivators arrive, then there will be agreements with them, too, to buy the ganja. ” “All I'm going to do is deal and work with other cultivators,” Liu explained.

“So the first ganja, I'm going to turn it into oil which can then be mixed into tinctures, sublingual oil, topicals, lotions. And stuff like that, and everything else medicinal. I'm going to sell in bulk if another licensed producer can buy [ganja] our oil in bulk. Or if you're a SPA you can also buy it in bulk and then mix it into your lotions, and stuff like that, for therapeutic purposes, if you have your formula. "

Epican has announced that it wants to get more involved in the cannabis industry, beyond just growing the plant.

“The license that we received is to cultivate, so we can start establishing plants and growing…” said Karibe McKenzie, CEO of Epican. “Our company is going to do its own transformation and distribution, eventually when we get those licenses. We expect three more: processing, retail, research and development. " 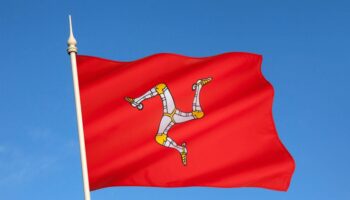