The nerve cells affected by Parkinson's disease are located in an area called the "dark substance" in the center of the brain. The cells in this area produce dopamine. This chemical messenger allows movement control but also acts in the sensation of pleasure and desire. The death of the cells of the dark substance creates a lack of dopamine. This leads to a dysregulation of the dopaminergic system. In addition, some brain structures suffer from dopamine deficiency. As well as several other neurotransmitters affected, lead to cell degeneration causing the degradation of cognitive functions.

Normally, movement control results from a delicate balance between the amounts of dopamine and acetylcholine (another chemical messenger). If the balance is upset, tremors, stiffness and loss of coordination follow. Conversely, an excess of dopamine could be the cause of symptoms associated with schizophrenia.

This degenerative disease that results from the slow and progressive death of neurons in the brain. As the area of ​​the brain affected by the disease plays an important role in the control of our movements, sufferers gradually make rigid gestures, jerky and uncontrollable.

Researchers at Tel Aviv University and the Rabin Medical Center in Israel assessed the impact of cannabis exposure on certain symptoms. Particularly pain in patients with Parkison's disease. Researchers have reported that inhaled cannabis is associated with significant improvement in symptoms within 30 minutes of exposure.

The discovery of pain in Parkinson's disease is very recent; it represents 50 to 80% of patients, and in the past it was thought that it was not directly related to the disease. This often sharp pain is a consequence of motor disorders, mainly caused by prolonged muscle stiffness. In some cases it can come directly from the cervical region.

Parkisonians often have trouble sleeping. Which can have a negative impact on the immune system. And above all, impair the ability of patients to fight against the progression of the disease. The insomnia of a patient with Parkison is often different from the typical insomnia of the elderly. Sleep comes quickly, but the patient experiences the worst difficulty in staying asleep. He sometimes notices intense dreams, nightmares and excessive sleepiness during the day.

to read :  The exodus to the lands of medical cannabis

This study confirms what we already knew, delta-9-THC and CBD can both help regulate sleep. Although THC can be a downside throughout the day. However, it can help the smooth running of nighttime sleep.

More than 20.000 Israeli patients are receiving cannabis through a federally regulated program. Over 90% of participants report significant improvements in pain and function due to their use of medicinal cannabis. A summary of the study this time in humans, "Effect of medical cannabis on quantitative thermal measures in pain in patients with Parkinson's disease" is available here 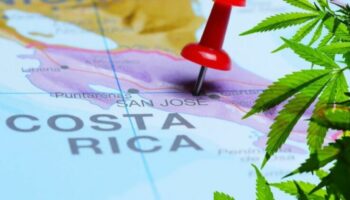