Can cannabis be the next billion-dollar industry in the UK?

Hannah Simon, Director of OperationsEuropean Cannabis Holdings (ECH), explains why cannabis could hold the key to a successful industry as attitudes change.

Many UK citizens may be surprised to learn that the UK is already recognized as a global player in the thriving legal cannabis market. After all, the products are not widely available for purchase by UK consumers, and there is little or no mention of it in public life. While much of the industry business conversation has focused on North America, the national discourse so far in the UK has focused on local patients, the personal stories and generally a lack of infrastructure throughout the region.

Yet figures from the International Narcotics Control Board's the UN paint an almost unrecognizable picture. Figures show that the UK is one of the largest legal producers of cannabis in the world. In 2016, for example, UK production of legal cannabis doubled to 95 tonnes. To put the numbers in context, this means that the UK is responsible for the growth of almost half of legal cannabis worldwide in that year (44,9%). The following year, the United Kingdom was then responsible for 69% of world exports of legal cannabis, the majority going directly to the United States. Behind the scenes, the UK has been quietly busy becoming one of the world's largest producers and exporters of medical cannabis.

Since 2000, political developments and dominant discourse have changed around cannabis, with more and more European countries developing medical programs and establishing prosperous industries in the process, according to consulting firm figures Prohibition Partners, the European cannabis market could represent more than 100 billion pounds by 2028. This is more than twice the turnover that Apple made in the region last year.

Progress has certainly accelerated over the past year. In November 2018, and much earlier than many analysts had expected, the Home Office introduced new legislation that makes medical cannabis legal. It was after pressure from courageous patients like Alfie Dingley and Billy Caldwell that helped set the record, Dingley having received the first legal cannabis prescription in the country. In the process, ECH opened the first medical cannabis clinics in the UK to help patients with chronic diseases, and two more are expected to open before the end of the year in Birmingham and London.

From an investment perspective, the positive attention of national media, growing global attitudes and the growing number of countries moving towards the legalization of cannabis for medical purposes have now opened the door to a few British cannabis companies so they can float on London's public markets. Already supported by fund managers, institutional investors and, more recently, government investment funds.

Navigating the cannabis market has its complexities. Street vendors, such as Holland and Barrett, have already successfully promoted the CBD ranges to boost sales, as consumers have shown growing interest in CBD products, from lip balms to snack bars. But this is still the case, the CDB market remains in a legal gray area, with regulators that catch up with the level of innovation in the private sector.

The 18 may, global market players will travel to London to discuss these developments at the Women, CBD & Medical Cannabis Conference at the Hilton London Paddington Hotel. An interesting aspect of working in such a new industry is how it has been particularly bottom-up for women. This is for two main reasons: first, because this industry is really trying to understand the consumers, a population of consumers that has almost doubled in size in the United States in 2018.

Second, because the formation of a new industry has meant that leaders have adopted sustainability and equal opportunity practices at the heart of their business. This is why the empowerment of women in the global medical cannabis industry became a major theme in 2019, and why the number of women in leadership positions continues to consistently exceed the national average.

As UK medical cannabis regulations are further reformed, companies will recruit large numbers of ambitious and career-oriented women, and the possibilities will only expand. Recently, calls have been made to European Parliament in favor of developing a regional resolution on cannabis for medical use, while the United Nations has published positive results of studies on CBD and THC. It is an exciting time for women and for the UK as a whole. 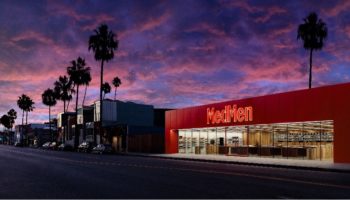