A team of scientists from Hudson Carbon, a research center in upstate New York that studies carbon storage, says cannabis may be the missing player in humanity's fight against change climatic. How ? Hemp absorbs carbon dioxide from the atmosphere more than twice as efficiently as trees.

Although the United States is only about five percent of the world's population, it is responsible for 28% of the world's carbon emissions, so it behooves us to take that into account.

“Basically, if the United States grew 50 million hectares of hemp, we would sequester a few hundred million tons of carbon per year on that acreage,” said Ben Dobson, founder and president of Hudson Carbon.

Mr. Dobson is considered a pioneer in the field of carbon farming. His farm in New York's Hudson Valley is a laboratory where researchers have found that while trees can capture about six tons of CO2 per year, the chanvre peut en absorber jusqu’à XNUMX tonnes. Additionally, CO2 becomes permanently embedded in hemp fibers, which can be used as a raw material to make a wide variety of products, from textiles and construction to automotive parts and medicines.

to read :  Is cannabis accelerating recovery from Covid-19?

Considering that cotton alone accounts for 43% of all fibers used for clothing and textiles worldwide, hemp can provide d’énormes avantages given the large difference between the water needed to grow hemp and that of cotton.

Hemp, or industrial hemp, is a subspecies of the cannabis plant, but it lacks most of marijuana's psychoactive compound, tetrahydrocannabinol (THC).

Another advantage of hemp is that it is one of the fastest growing plants in the world, reaching four meters in height in just 100 days.

In addition to purifying the air of greenhouse gases, cannabis plants can also absorb carcinogenic heavy metals such as mercury, lead or cadmium present in the soil – elements which, although suitable for crops intended to food, are very dangerous for people who eat these plants.

to read :  The first aircraft in the world, made and powered by hemp, is 10 times more resistant than steel

And hemp is destined to be wildly profitable

The work Dobson is currently doing could allow farmers to be compensated for their practices and their ability to sequester carbon. After all, farmers are collectively responsible for 60% of the Earth's surface and how it is treated, according to Mr Dobson.

"We actually manage and administer more than half of the Earth's surface," he said. “We need to regenerate this land surface into a healthy ecosystem to secure a future for our children and to mitigate the worst effects of climate change. »

We can ask ourselves… what are we waiting for? 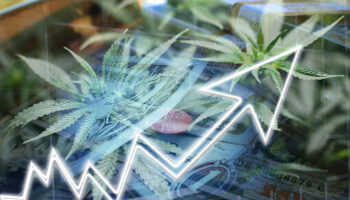