Europe seen by the speakers of Cannabis Liberation Day

On June 11, 2017, Amsterdam hosted the 9th Cannabis Liberation Day, “Cannabis Liberation Day”. Thousands of cannabis enthusiasts and curious people have gathered under glorious sunshine in beautiful Flevo Park. The rebels were not harassed or intimidated by the authorities and the day passed peacefully. But… You have to ask, why is the event called “Cannabis Liberation Day”? Cannabis is already enjoying freedom in the Netherlands, Spain, Czech Republic, Germany, Italy, the list goes on… So what's the problem? Demonstration with the speakers of this famous day. 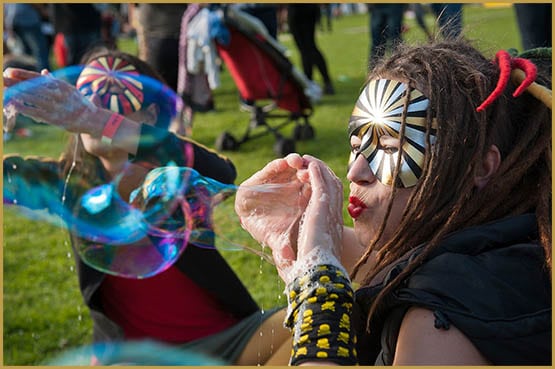 “People in Holland think they can legally grow five plants at home, and that's not true. Dutch authorities arrest people who lose their homes and more - in 2017! "

During the 70s and 80s, the Netherlands were a shining light in their pragmatic approach to cannabis and other drugs. Meanwhile, in the United States, the war on drugs was in full swing. Today we see the reverse. The problem is, the general public doesn't see it.

Speaking on a sign at the 'Cannabis University' tent that hosted a conference at the event Sean Carney, EMA Business Development Director of Tilray, a leading player in the international cannabis legal industry said:

“Europeans tolerate cannabis so much that they don't do anything. " It is true. In most of Europe, if you want good cannabis, you can get it without a problem. "

The point is, medical cannabis is only "legal" and in a few countries. But it is only available to very few patients. In the Czech Republic, for example, medical cannabis has been legal for four years… It is still not available to patients, thanks to paperwork and politicians. And, even when available, it usually comes in a spray form like the expensive Sativex ...

“You open a can of Bedrocan medical cannabis and there is no smell. Gamma radiation removes all terpenes, ”he says.

Across Europe, a series of monopolies is being built. Which is devastating for the quality and selection available in a fully legal market. Michael Knodt, a German medical cannabis doctor, journalist and celebrity of cannabis, points out:

“The Germans pay 23 euros ($ 28) per gram for Bedrocan cannabis [the public blows]. Pharmacies charge eight euros just to grind or even check the product. Which involves opening the cap on the inside and saying it's good. People successfully sue their insurance companies to cover these costs. "-" Normal businesses need competition, the European cannabis market is developing a culture of monopolies; Bedrocan in Holland; the army in Italy; Sativex in the UK, ”said Sean Carney

Patients are forced to crime

Sativex is only available to people with multiple sclerosis, so those who seek cannabis for less serious but perfectly legitimate reasons are forced to become criminals… This is why events such as Cannabis Liberation Day must exist and flourish in Europe. This in order to allow citizens not only to enjoy cannabis recreationally, but also to know the medicinal properties and the damage caused by this illegality.

Clark French, co-founder and board member of Norml UK, says on Sativex.

“It burns a bit, it's alcohol, so not very pleasant. This gives you relief, but is not the best way to use cannabis, so people turn to other sources, like cannabis clubs. "

Meanwhile, across the Atlantic, patients have a plethora of cannabis products to choose from.

Allow patients to have the freedom to cultivate and care

One of the refreshing things about the event - and the conference in particular - was the interest of patients who wanted to learn more about how cannabis could help them. To that end, Rick Simpson and Wernard Bruining both attended lectures on their oils and the philosophy of empowering the individual to produce their own medicine.

Rick and Wernard are both advocates for Homegrow. Rick says:

“The only addictive thing about cannabis is increasing it. Once you start to grow taller, you can't stop! "

Meanwhile, on the main stage, music is played and speakers reminded the crowd that the fight is far from over.

Europe is not angry enough

Most European countries are on the path to decriminalizing cannabis. Because in Europe, statically it is the most consumed “drug”. But in the words of Derrick Bergman:

“Europeans are not angry enough to take to the streets or harass their politicians - like our friends in America have done. "

And so, the paradox lies in this situation. Those who enjoy cannabis think things are right and ultimately come to terms with an unstable situation, even if they are faced with an inferior product.

On the other hand, those who struggle at the legal level and without the general support of the population, are really faced with a real problem.

“Take the recent crackdown on cannabis clubs in Belgium, where the organizers of the main clubs have been arrested and locked up for long periods. There was no commotion from the public or walking in the streets. It must have been easy for the authorities. Trekt Uw Plant and other social clubs operated with complete transparency, keeping their members away from the criminal market.

Cannabis Liberation Day is an essential point in the European cannabis calendar. Because it allows people to celebrate and have fun, while also reminding them of what to do to get things going. Next year, the event will be celebrating its 10th anniversary.