Cannabis driving, what are the real dangers?

A new study examined the effects of cannabis on driving. With and without alcohol and shows us that cannabis causes a slower driving. And that the combination of cannabis and alcohol reduces the level of danger that generates alcohol alone.

This study conducted by the University of Iowa published in the Journal of Applied Toxicology. It indicates that the consumption of cannabis is much less dangerous than alcohol while driving and reduces the risk unlike driving under the influence of alcohol. A group of researchers led by the. Dr. Rebecca Hartman tested how weed affects driving when it is consumed alone. And what is its effect combined with alcohol .. This in order to determine whether the consumption of cannabis increases the risk of occurring during an accident.

The subjects in the study consumed true alcohol or placebo and then consumed 500 mg of cannabis by evaporation (placebo, low or high - depending on the concentration of THC). All this in 10 minutes and immediately from the beginning of the test. The test itself was conducted in a driving simulator (ENAD).

to read :  Rising real estate rates due to cannabis

By highlighting the epidemiological and experimental data. Epidemiological data show that the risk of involvement in a traffic accident increases by around 2 times after smoking…. The adjusted risk of driver guilt also increases dramatically, especially with higher blood THC levels ...

But studies that have used urine as a biological matrix have not shown an association between cannabis and the risk of accidents. Experimental data shows that drivers try to compensate by driving slower after smoking cannabis. But control deteriorates with the increasing complexity of the tasks. Smoking increases pathway weaving and cognitive function. Critical follow-up tests, reaction times, divided attention tasks, and variability in pathway position all show cannabis-induced alteration.

Despite the supposed tolerance in frequent smokers, complex tasks are still deficient. Combining cannabis with alcohol increases the impairment.

The danger of alcohol

The results of the study (18 participants successfully completed) showed that cannabis use alone does not endanger the driver or increase the risk of a traffic accident.

But causes the motorist to travel at a lower speed and keep a greater safety distance from the vehicle. In fact, technically, it can be said that driving under the influence of cannabis decreases the risk of a traffic accident. The main difference between the impact of alcohol on driving and that of cannabis is resentment. In addition, the researchers noted that participants who consumed cannabis in combination with alcohol showed a tendency to reduce cruising speed and indicated that cannabis caused a drop in alcohol-induced dangerous driving.

to read :  Study finds youth cannabis use not related to adult brain structure

Another study conducted in Oslo, Norway, and published last week, found that the consumption of a particularly large amount of cannabis (acute intoxication) can still increase the risk of 20% accident.

On the other hand, according to the conclusions of the US Department of Transportation, driving under the influence of alcohol increases the amount of traffic accidents by 393%…

These new data come well-to contradict the salivary tests in France (anti-cannabis) that ruins the lives of people. 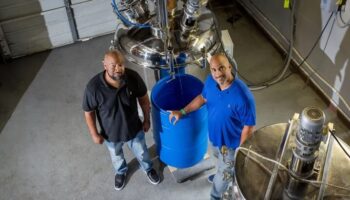