How many cannabis consumers are there in Europe?

How many cannabis consumers are there in Europe? Between August 3 and September 15, 2020, the European Commission conducted a survey among residents of the EU and the United Kingdom on their use of e-cigarettes and their smoking habits including the question "Have you used any products containing cannabis in the past 12 months?"

The prevalence of use over the past year varies considerably from country to country. Ten countries have recorded a prevalence in the past year of 10% or more of their population. Ireland had the highest prevalence, with 17%, or nearly one in five people having used a cannabis product in the past year. At the other end of the spectrum, only 1% of Greek respondents said they had used cannabis. The map below shows the number of cannabis users by country, based on a Eurobarometer survey and United Nations demographic statistics.

Across the EU as a whole, people are four times more likely to report using cannabis with tobacco than alternative methods such as vaporizers, or in food and drink. Students, the unemployed (14% each) and the self-employed (12%) are more likely than other socio-professional groups (2 to 8%) to have used cannabis products, probably because they have had more time to consume it. Men are slightly more likely than women to report having used cannabis (9% vs. 6%), which is in line with previous results. Additionally, younger age groups are more likely to have used cannabis, with rates ranging from 15% for those aged 15-24 and 3% for those over 55.

to read :  Nielsen partners with Headset to analyze market data

Overall in Europe, the new survey shows that just under one in ten adults or 30 million people have used cannabis at least once in the past year. Signs of an end to the ban are starting to appear in states like the Netherlands and Luxembourg which are expected to move towards restricted access for adults in the near future.

It should be noted that these data diverge from the most recent findings of the European Monitoring Center for Drugs and Drug Addiction.

A Eurobarometer spokesperson told Prohibition Partners that the likely reasons for the higher number of registered cannabis users are that the investigation took place amid the COVID-19 pandemic and that a broad definition of “Products containing cannabis” was used.

Higher rates of cannabis use are recorded worldwide during the pandemic, as predicted Prohibition Partners at the start of 2020. 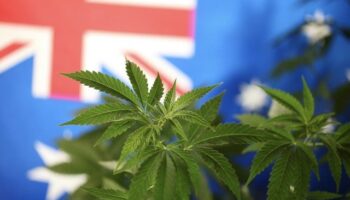 Australians are being prescribed medical cannabis in droves