Cloning of autoflowering cannabis plants is difficult but not impossible

More than ever, breeders are offering autoflowering and feminized seeds. Profitability goes hand in hand with this type of revolutionary strain. But they are already known to be fragile for repotting, because of their not stable enough root development. In addition, the general belief is therefore to think that an autoflower cannot be cloned… The requirement is there, cloning your own autoflowering plant is possible. But under certain conditions ...

The varieties of autoflowering cannabis are strains that automatically switch from vegetative to flowering. And without the producer having to modify the environment. As the plant matures, it automatically begins to produce buds. And whatever the lighting situation ... For comparison, a traditional strain - also called a photoperiod strain - would require more than 12 hours of darkness per day to start flowering. When you grow traditional varieties outdoors, you plant in the spring to work according to the sun's schedule and your plants to be harvestable before winter.

For an autoflowering strain, it only takes two months of constant warm weather. Time zone and season don't really matter. Especially if you are in a moderate climate all year round. Autoflowering plants should be exposed to direct indoor lighting for 12 hours a day after budding, and they should be ready to be harvested in about ten weeks (max).
This is a huge advantage for any grower in a hurry. But due to the different budding schedule of these plants, autoflowering strains don't clone as well as traditional plants.

to read :  Cannabis anatomy: parts of the plant

Essentially, to grow a clone, all you need to do is take a small cut from your cannabis plant while it is in the vegetative state. And put her in a growing medium of your choice and grow it from there. Although it is not necessary, many people believe that it is very useful to use rooting hormone gel or powder. After about ten days, the small cutting should start to form its own root system. And soon you can start to grow your own plant.

The thing about autoflowering plants is that they flower over time and cannot be tricked into staying vegetative by turning on the lights for more than 13 hours a day. This has led to the general belief that autoflowering cannabis cannot be cloned, as cuttings taken from a mother plant are forced to follow its "genetic timeline" and flower according to age at the same time it begins. to bloom. This logic dictates that the cuttings will not reach a useful size, and the yield will be negligible.

However, there are a handful of growers who believe otherwise, and who have managed to clone their cars and allow them to continue growing in vegetative mode until they are almost as tall as their mother. Once they reach their maximum size, they begin to flower.

The key requirement if you are trying to clone autoflowering plants is to only take cuttings of the lower branches. These lower branches appear to be more hormonally stable than the new growth at the top of the plant. The main terminal stem, known as apical meristem, is the first part of the plant to receive the signal that it is time to flower. And this information takes time to seep down and signal the lower branches to flower… Thus, there is a short period of time between the first appearance of the sex characteristics and the permeation of floral hormones into the tissues of the plant. . This window can be from just a few hours.. And so it's crucial to look at your Pre-flowering plants and taking cuttings at this precise moment.

to read :  The purple color of the weed

The clones share the exact same genetics as the mother plant, and that includes age. Photoperiod strains do best when cloned because the change in the environment they need to start flowering gives them time to develop properly. An autoflowering clone would be the same age as its mother and not dependent on light. He would follow the same genetic timeline as his parent.

Once the cuttings have taken, they should be kept in low light. But also in wet conditions until they are rooted. Once rooted, they will undergo vegetative growth until they reach about 80% of the size of the mother plant. And there they will produce comparable final crops. So technically yes, you can clone autoflowering plants. But is it a good idea? Not necessarily. If the plant manages to be cloned before sex exposure, then it might work. But it's a very short window of opportunity that you have to seize at your own risk ... 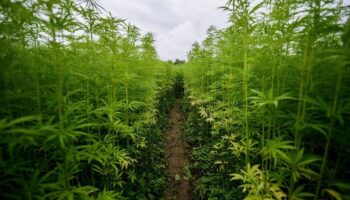 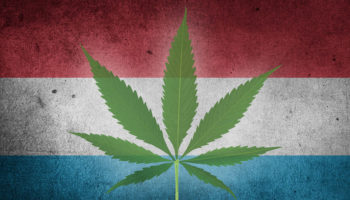