Understanding Chromatography in the Cannabis Industry

Chromatography is in fact one of the most useful analytical techniques available to chemists, useful for everything from identifying biological materials to looking for clues like at a crime scene. Chromatography plays an essential role in purification and testing of the THC and CBD industry. This physicochemical method is used to separate the different substances present in a mixture and as far as we are concerned to separate the cannabinoid extractions.

Chromatography is a fairly accurate description of what happens to ink on wet paper, as it literally means "color writing" (from the Greek chroma and graph). But that's a bit of a misnomer, because it often doesn't imply color, paper, ink, or writing. Chromatography is actually a way of separating a mixture of chemicals, which are in the form of a gas or a liquid, by allowing them to slowly pass in front of another substance, which is usually a liquid or a solid. So with the ink and paper trick for example, we have a liquid (ink) dissolved in water or some other solvent crawling across the surface of a solid (paper).

What is essential in chromatography is that we have a mixture in one state of matter (something like a gas or a liquid) that moves on the surface of another matter in another state of matter ( a liquid or a solid) that stays where it is. The moving substance is called the mobile phase and the substance that stays in place is the stationary phase. As the mobile phase moves, it separates into its components on the stationary phase. We can then identify them one by one.

What is chromatography used for?

Chromatography was developed in Russia in 1906 by a botanist of Italian descent named Mikhail Tswett (sometimes spelled Tsvet; 1872-1919), who used it to study plant pigments such as chlorophyll. Like all great scientists, Tswett used and developed techniques pioneered by previous researchers, so it is questionable whether he can really be described as the “inventor” of chromatography. During the XNUMXth century, chemists discovered that chromatography was a superb technique for studying and separating all kinds of complex mixtures. It is now widely used in forensic medicine, in pollution monitoring (for identify small concentrations of pollutants unknown in air and water samples) and to study complex mixtures in fields such as food, perfumes, petrochemicals and pharmaceutical production. One of the great advantages of chromatography is that it works with tiny samples and low concentrations.

How does chromatography work?

Think of chromatography as a race and you will find that it is much easier than it looks. While waiting at the start line you have a mixture of chemicals in an unidentified liquid or gas just like a load of runners all mixed up and lumped together. When a race begins, runners disperse quickly because they have different abilities. Likewise, chemicals in a moving liquid mixture spread because they move at different speeds over a still solid. The key thing to remember is that chromatography is a surface effect. When the liquid begins to pass in front of the solid, some of its molecules (energetic things that are constantly moving) are sucked up to the surface of the solid and temporarily attach there before being pulled back into the liquid from which they came. This exchange of molecules between the surface of the solid and the liquid is a kind of adhesion or bonding effect called adsorption.

to read :  Decarboxylation in 6 steps

What are the different types of chromatography?

There are many ways to use chromatography. Here are some of the most famous:

Instead of paper, the stationary phase is a vertical glass jar (the column) filled with a strong adsorbent solid, such as silica crystals or silica gel, or a solid covered with a liquid. The mobile phase drains (or is pumped at high pressure) through the column and divides into its components, which are then removed and analyzed.

There are many variations, including:

Liquid column chromatography, where the mixture being studied is placed at one end of the column and where an additional added substance called an eluent (sometimes spelled eluent) is poured to help it pass through. Thin layer chromatography is a variation of this technique in which the "column" is actually a film of glass, plastic or metal covered with a very thin layer of adsorbent material. High performance liquid chromatography (HPLC), where the mixture is forced through the column at high pressure (about 400 times atmospheric pressure). This technique is faster, more precise and more sensitive.

First, a tiny sample of the mixture of substances being studied is placed in a syringe and injected into the device. The components of the mixture are heated and vaporize instantly. Next, we add a carrier (the eluent), which is simply an inert gas such as hydrogen or helium, designed to help the gases in our sample move through the column. In this case, the column is a thin glass or metal tube usually filled with a high boiling point liquid (or sometimes an adsorbent gel or solid). As the mixture moves through the column, it is adsorbed and separates into its components. Each component in turn emerges from the end of the column and passes an electronic detector (sometimes a mass spectrometer), which identifies it and prints a peak on a graph. The final map has a series of peaks that correspond to all the substances in the mixture. Gas chromatography is sometimes called vapor phase chromatography (VPC) or gas-liquid partition chromatography (GLPC).

The THC and CBD industries make extensive use of laboratory chromatography to separate cannabis extracts. These extracts will be used either for the analysis of a sample, or to purify an extract, or even to isolate or eliminate specific compounds such as cannabinoids. Chromatography is very useful for accurately measuring cannabinoid and terpene levels, as well as checking for the presence of potential contaminants such as pesticides, heavy metals, and residual solvents. This means separating and purifying all chemical compounds, and not just colors, taking advantage of their differences in properties.

to read :  New Approach to Endocannabinoid System Signaling May Help in Prostate Cancer

Until now, chromatography has mainly been used by the cannabis industry for these types of quality checks mentioned above. Due to the requirements of third-party laboratory testing for the legal cannabis markets, chromatography is also closely related to the safety of cannabis.

However, chromatography cannot be used for all tests. This technology can also be effective in purifying cannabis extracts or isolating certain compounds from the extract itself. As the cannabis industry expands in more and more states and the use of cannabis extracts increases, the technology needed for mass production must evolve to meet the increased demand. The need for chromatography will be essential to meet the demand.

Like other botanicals and pharmaceuticals, there are molecular compounds in cannabis and "hemp" which, when extracted and isolated, have unique properties and individual value. Although these separation processes were originally designed for laboratory analysis, the current state of the cannabis and hemp industries underscores the need to increase the capacity and efficiency of industrial scale chromatographic processes to commercial applications.

It was long considered that only large companies had the opportunity to access the most efficient and cost-effective purification methods. This has been a serious drawback for start-ups, these small entities have to look to third parties or wholesalers to obtain the high quality purified cannabis extracts needed for their products.

Chromatography technology ensures raw material purification with greater consistency, including creating broad spectrum extracts without THC or isolating specific cannabinoids like CBD or CBN, to name a few. This evolution from traditional chromatography puts the platform in the hands of mid-sized companies looking to process cannabis extracts in-house, allowing them to better control the quality of the extracts and maintain exact specifications. .

Cannabis companies that thrive as the industry expands and are ready to move the purification process to their own facilities are trading their current supply difficulties for the ability to tightly control the purity of ingredients, this which gives them an edge over their competition. The versatility and rapid scalability of chromatography are the advantages needed to reach this next level. 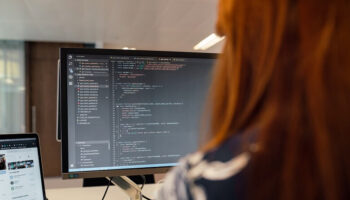 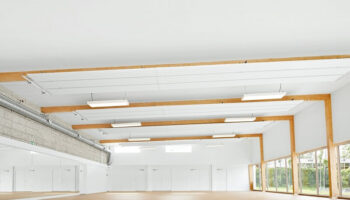 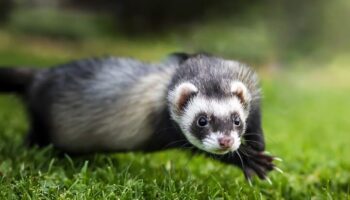