Cheese is a classic strain, as popular as the name suggests and even in the medical field.

The smell is very similar to cheese, “Wow! »Is all I have to say about this strain? It would be blasphemy to limit cheese to its smell. Widely available in the UK, this strain has always been popular for its unique aroma. Bred by Big Buddha Seeds, the genetics of cheese can be linked to a cross between a Skunk # 1 and an Afghani. What is less known, however, are its medical properties derived from this strain, just as popular as its name. Focus on Cheese:

Named for its strongly sour aroma, Cheese is an indica-dominant hybrid born in England. It has grown in popularity for its unique flavor and consistent potency. With origins dating back to the late 1980s, cheese is said to descend from a Skunk # 1 phenotype whose pungent aroma is so distinguished. Breeders like Big Buddha Seeds then introduced Afghan Indian genetics to increase the production and yields of trichomes. The resulting hybrid is now well known for its relaxed and happy effects. They have won a number of awards including the HIGH TIMES Cannabis Cup.

Recently, Big Buddha has focused on producing quality autoflowering strains. Everything being reworked in the Mediterranean region. And as the photographers from across the Channel would say: “Cheese !! And you have a happy spirit.

The bud is a vibrant emerald hue of medical marijuana, lit by fluorescent orange hair. It has a fruity aroma with a 0,73% CBD level and high rates of THC: 15 to 20%. It contains one of the most sought after cannabinoids, CBN to 1%, a potent cannabinoid known to have the property of a sleeping pill.

The strain offers a truly unique drug experience. Considered by many patients to be one of the best fragrant strains of marijuana, Cheese is a highly sought after plant. The vapor from the stump is skunk-like, leaving a cheesy, sharp cheddar aftertaste that will linger in your mouth indefinitely….

It may sound a little terrible, but it is actually very delicious. Especially when properly working by the best marijuana growers (like in Los Angeles). In addition, today Cheese is crossed with many stars of the weed. Thus we will obtain exceptional strains such as Blue Cheese, Buble Cheese, Cheese Critical or Haze etc ...

to read :  First scientific study on the optimal cultivation of cannabis

The first effect is strong. Your head turns immediately, you are dazed. This is very relaxing and gentle after the first sensation…Pain relief is instantaneous. On the other hand for the beginner, the Cheese can cause headaches, palpitations, and even anxiety attacks….

But the strain is popular for treating nausea, relieving pain, arthritis, and fighting insomnia very effectively. The effects of the cheese seem to creep in on you quickly, creating a very relaxing and full body feeling to alleviate any minor issues you will encounter. On the other hand, its power will pull on the stomach and increase cravings, just like your good mood. It is a pain reliever and a calming agent that also helps to eliminate the chronic symptoms of extreme depression, body pain and anxiety disorders.

Very similar experience with the Headband strain. However, the cheese is much more fulfilling. It usually leaves you feeling clumsy and stress free after just a few pulls on your vaporizer. Cheese is arguably one of the most distinctive cannabis and tasting strains to come across. A mind blowing experience every time !! In particular in the case of Lunar, the French moonrock.

While this strain of medical marijuana may turn out to be too much for newbies, it does a significant part in rationally placing its medical benefits and special effects under the green light of a supportive environment. All patients with medical marijuana should consider trying at least once if they have the ability to do so. 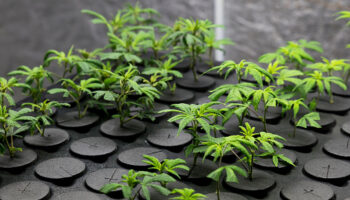 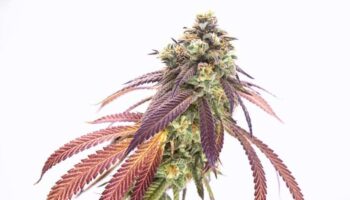