CBD on June 9, 2017 Etude Therapeutic Treatment
the ideal cbd for the treatment of schizophrenia 7
Content hide

New research finds CBD could be a cure for schizophrenia, and side effects of antipsychotics

Schizophrenia is a serious, chronic and very complex mental disorder. This mental illness can be treated, with early detection and very rigorous treatments. Besides, Cannabidiol (CBD), the non-psychoactive component of cannabis, may soon become the most effective and healthiest treatment for symptom relief. schizophrenia. But also in the treatment of negative side effects had to antipsychotic drugs used to combat this disease. This is what a new Australian study reports, the results of which were published this month.

Schizophrenia is a brain disorder that results from an imbalance in the chemical systems of the brain. Symptoms usually develop gradually, although they can appear suddenly. Those affected can become depressed or experience mood swings, as is the case with bipolar disorder. They also have an increased risk of suicide. Some of the symptoms include:

to read :  Back to Ireland for a very young patient

Although THC-rich cannabis has been cited as a possible trigger for psychosis, particularly in adolescents, a London scientist claims that another cannabis derivative, CBD oil, could have the opposite effect. Already in 2014, Professor Raphael Mechoulam also revealed that the non-psychoactive component of cannabis, CBD (cannabidiol), is"Ideal for the treatment of schizophrenia. " Now, a new study reinforces his words.

This new Etude , from the Ailooarh Medical Research Center in Australia (IHMRI) on Laboratory Mice, and led by Dr Ktrinh Grin of the University of Wollongong, found that when CBD is effective in relieving symptoms of schizophrenia . Including in cases of social withdrawal, or when the patient is blunted by emotional expressions.

The researchers injected mice with a substance that mimics psychiatric adverse reactions such as schizophrenia and autism. The researchers then injected 10 mg of CBD for 3 consecutive weeks. Thus, they were able to record data such as weight, food and water consumption etc. At this stage, scientists have established cognitive abilities and memory function by process of identification.

The results were published in the scientific journal Nature (Nature Journal). Thus, the CBD treatment was able to respond to normal sensing abilities, improve memory function, cognitivity, and promote social behavior. Which led one of the study's authors, Asli Osborne, to conclude that cannabidiol (CBD) could be used as a prescription drug.

"We have found that CBD can restore proper functioning of memory and sensing abilities, as well as to respond to normal levels of social behavior."

The healthy alternative to antipsychotics

These results are interesting because they suggest that CBD can treat the symptoms of schizophrenia, especially when the patient is resistant to antipsychotics with more than damaging side effects. In addition, the treatment did not affect the body weight or food intake of the mice.

"Another point is that conventional antipsychotic drugs offer a wide range of unwanted side effects, CBD can also repair this kind of damage" 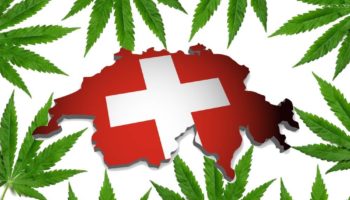