Humulus Oil or RSHO is the first CBD oil supplement not derived from the cannabis plant, allowing you to experience the effects of CBD without the hassle of cannabis. 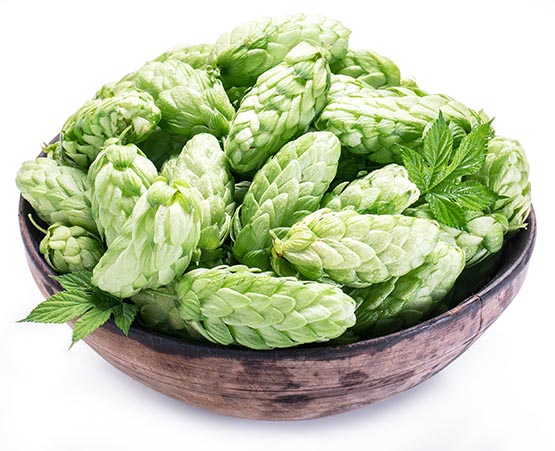 Cannabinoids are lipid-based molecules that act on cannabinoid receptors in the human endocannabinoid system. In addition, cannabinoids are produced by cannabis (and other plants), but also by our body, and can also be synthesized in the laboratory ...

In addition to cannabinoids, there is also a class of compounds known as cannabimimetics, because they literally mimic the biological activity of cannabinoids. And this despite their different structure ... Less than ten years ago, a team of doctors and scientists discovered an alternative source of CBD in the jungles of India. Then they selectively selected the plants to create a powerful extract of CBD oil - the so-named oil. RSHO for Real Scientific Humulus Oil.

Cannabis and hops are not directly related by their DNA. But, a 2002 study confirmed that the molecular structure of hops and cannabis was incredibly similar. They are both now official members of the group of Cannabinaceae. On the other hand, for the extraction of CBD we do not use beer hops (or humulus lupulus). In addition, thehumulus Kriya  does not have the same legal barriers as cannabis, it does not contain any trace of THC.

The cannabis extract CBD has the potential to treat epilepsy, chronic pain, and many other diseases. But it's hard for patients to get their hands on CBD from cannabis. Although tolerated the substance is banned by many governments. A ban and sometimes close monitoring because of its membership in the cannabis plant. But researchers have found a way around these obstacles with hops.

Already widely used as an ingredient in the food and beverage industry, hop extracts are listed and considered safe by the FDA and FSSAI. Which means they're available in more markets than cannabis products.

to read :  Our brain is pre-wired for cannabidiol

CBD has been the subject of several official studies, and the one in RSHO oil does not look different. According to the producers of RSHO-K ™, the CBD derived from their proprietary hops has superior bioactivity than CBD hemp oil. Bioactivity is defined as the magnitude of the effects provided by the CBD molecule when it interacts with the CB 2 receptor.

CBD has become an increasingly popular drug around the world, with uses ranging from treating anxiety, epilepsy, to replacing beeswax in makeup. Despite this, CBD continues to be unavailable in states that do not have medical cannabis programs and in many global markets. RSHO oil would therefore be an alternative, to bypass certain legal constraints in order to take advantage of the medical potential of cannabidiol (CBD).