With high profit margins and a low risk of long prison sentences, Catalonia is now the marijuana capital of Europe, police say. The decor is that of a chic nightclub that meets Turkish opium den. Lighting, soft pink and electric blue. And, without the sweet smell of marijuana, it could be the lobby of a Las Vegas boutique hotel. In fact, it is one of the 156 cannabis clubs in Barcelona, ​​known as asociaciónes. reports the newspaper " The Guardian ».

With the collapse of tourism, the cannabis trade is one of the few to thrive in Catalonia

The idea was to create a quiet place where one could buy and smoke marijuana, often grown by members, and only on site. However, many are now shops and, according to police, fronts for drug mafias. With the collapse of tourism, the cannabis trade is one of the few to thrive in Catalonia. Beyond the dim lights and the icy atmosphere of the associations, darker forces are at play. An internal report from the Mossos d'Esquadra, the Catalan police, states that “Catalonia is the epicenter of the illegal marijuana in Europe ”and became an exporter of cannabis to other European countries.

With high profits and little risk, prison terms rarely exceed two years, gangs across Europe are fighting each other for control of the market, according to the report. Last year, police dismantled 34 cannabis-related criminal organizations and destroyed 319 plantations.

to read :  Hemp is back in Virginia

The report says that the social acceptance of cannabis, the depopulated rural areas and the many empty apartments make it easier to establish plantations. Police have discovered indoor plantings with an automated irrigation system, remote-controlled thermostats and even odorless plants to avoid detection. In the province of Lleida, a group of farmers used a drone to spot rival plantations, which they then destroyed.

Low prices and an ambiguous legal framework have made Spain the main European producer of marijuana, Ramon Chacon, deputy head of the criminal squad, told The Observer.

“When you look at what has happened to other countries that are the main producers of drugs, such as hashish in Morocco or cocaine in Colombia, there is cause for concern,” he said. For years Spain has been the entry point for Moroccan hashish. So the distribution network was in place when the marijuana boom began, just as contraband tobacco in Galicia in northwestern Spain created an infrastructure for importing cocaine.

In Spain, marijuana sells for 5 euros per gram, against a European average of 15 euros. According to R. Chacon, criminal organizations from all over Europe, which once bought in Spain to sell at home, have now established themselves as producers in Catalonia.

The police destroy more than a million plants a year, mainly in Catalonia, but R. Chacon said it is of little use. If the profits are not at hand, the money laundering and the corruption it entails "constitute a threat to the real economy and the quality of democracy in Catalonia", according to Eduard Sallent, the leader of the Mossos .

Mr Chacon said the police had no objections to private consumption at home or in clubs, what is legal. However, since clubs are allowed to produce in proportion to their membership, he said the mafias have created front associations to justify the legality of their plantations. Cannabis clubs have been around for years but have proliferated after the Catalan Parliament ratified a law in 2017, since overturned by the Supreme Court, declaring that "private consumption of cannabis by adults ... is part of the exercise of the fundamental right to free personal development and freedom of conscience ”.

The associations exist in a legal limbo. Eric Asensio, secretary of the Catalan Federation of Cannabis Associations, said the federation wanted to return to the spirit of the 2017 law. Asensio recognizes that organized crime exploits the associative model. “In recent years we've seen people driven by profit, rather than the spirit of the cannabis movement, take advantage of regulatory ambiguity,” he said.

LCatalonia is now the cannabis capital of Europe, police warn

About 70% of all Spanish associations are in Catalonia, where cannabis use is higher than in the rest of the country, according to a survey by the National Anti-Drug Plan. Catalonia also hosts Spannabis, the international cannabis fair.

A study of Barcelona associations, carried out by the Journal of Drug Issues, found that about 70% of members are men, and nearly half of them have a college education. Ten percent reported smoking for medical purposes, while half of female members reported using marijuana to relieve menstrual cramps.

For many, associations are a refuge and an oasis of calm. By resting on the blue sofa, it is easy to forget that this peaceful corner of the city is also part of a mafia narco-economy. 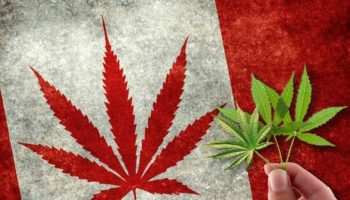