Cannabis is the preferred treatment for multiple sclerosis

Multiple sclerosis is a chronic autoimmune disease whose severity and evolution are highly variable. + 15% of people with multiple sclerosis (MS) use marijuana to relieve their symptoms, whether in a legal setting or not marijuana is the treatment softening the symptoms of this disease.

The disease is characterized by inflammation reactions that in some places lead to the destruction of myelin (demyelination). Myelin is a sheath that surrounds the nerve fibers. Its role is to protect these fibers and to accelerate the transmission of messages or nerve impulses. The immune system of those affected would destroy myelin by considering it as foreign to the body (autoimmune reaction).

Thus, in certain places of the nervous system, the impulses are slower or completely blocked, which causes the various symptoms. Apart from the flare-ups, the inflammation subsides and part of the myelin re-forms around the fibers, resulting in complete or partial regression of symptoms. However, in cases of repeated and prolonged demyelination, neurons can be permanently destroyed. This then causes permanent incapacity ...

Effectiveness of cannabis on patients

Much research has been carried out to discover the real medical properties of this marijuana. Which as a reminder, has already been used for centuries by our ancestors for its therapeutic virtues. Some studies have indeed shown evidence of the effectiveness of cannabis in treating pain and reducing spasticity. It is intended for patients suffering from diffuse spasticity and resistant to usual muscle relaxant treatments. Spasticity is cramps and pain in the lower limbs that can interfere with walking. It appears after a few years of illness. More than 50% of patients are affected after ten years.

Therapeutic cannabis treatments have been shown to be highly effective in the management of many symptoms of multiple sclerosis. But we owe the success of this therapy in Europe much to Sativex, an expensive and difficult to access medicine reserved for patients with multiple sclerosis.

Nerve tissue inflammation is the main symptom of MS. What results in pain affecting 70% of sufferers is the most common and disabling symptom of MS. Inflammation of nervous tissue is the cause, muscular spasticity exerts pressure on the musculoskeletal system.

The anti-inflammatory properties of cannabis have been well known since time immemorial. Today research has shown that CB1 receptor agonists (such as THC) have a neuroprotective effect. This reduces the immune response and therefore inflammation. Cannabis relieves pain in people with MS by directly helping to reduce the immune response and resulting inflammation, which also reduces pain. A scientific article published in 2007 indicated that the THC was more effective CBD and dronabinol (a synthetic form of THC) to relieve the pain associated with MS.

The muscle spasms associated with MS can be extremely painful and disabling. But cannabis reduces the frequency and therefore the intensity of muscle spasms. A very serious study (considered completely successful) revealed that 37 patients on 50 had improvements in their mobility, thus including a significant reduction in muscle spasms.

The effect of cannabis on spasms is related to its anti-inflammatory properties, and its ability to slow the overall progression of the disease A study published in the journal Nature in 2000, has shown that THC and other synthetic agonists relieve the symptoms of spasticity and muscle spasms.

More than 50% of people with MS suffer from depression throughout the illness. MS can lead to many symptoms of emotional disturbances, which usually result in deep depression.

Depression is associated with the damage, see in cases advanced to their destruction ... In addition, several studies have indicated that the THC, CBD and CBC have antidepressant effects. Thus, the endocannabinoid system plays an important role in regulating mood. Genetic variations in the expression of CB1 receptors make some people more sensitive to the effects of cannabis. Which translates into more subjective happiness. More 90% of Americans with MS report that cannabis use has a beneficial effect on symptoms of depression (and emotional disorders)

Central neuropathies frequently occur in patients with multiple sclerosis. They can be extremely debilitating and not responsive to existing therapies.

Researchers at the Walton Center for Neurology and Neurosurgery in Liverpool have shown that cannabis extract is effective in reducing central neuropathies. As well as in sleep disorders in patients with multiple sclerosis.

More generally, cannabinoids, active substances of cannabis, could encourage repair of damage to neurons (neurogenesis) and therefore limit the progression of multiple sclerosis. The main cure is to treat the disease as soon as possible, and with cannabis ^^ 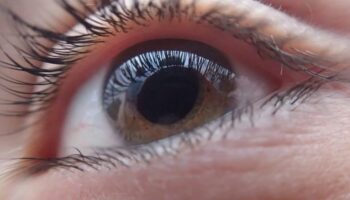