Health on July 15, 2016 News Prohibition
Cannabis & Paranoia
Content hide
1. Cannabis and Paranoia - Why and how to protect yourself
2. The paranoid episode
2.1. The endocannabinoid system
2.2. Pre-existing anxiety affects your cannabis experience
2.3. How to avoid the anxiety and paranoia induced by taking Cannabis?

Cannabis and Paranoia - Why and how to protect yourself

Most people can recall a paranoid episode during a “high” of cannabis. It manifests itself by alternating between distressing periods, and others more or less gentle, such as finding oneself in a fetal position above a pile of Doritos… In a journey the most important is the destination, as sometimes the discussion is more important than the conclusion… Pre-existing anxiety affects your experience with cannabis, but it is useful for post traumatic stress disorder. Together let's kick the prejudices about cannabis that make you paranoid.

Paradoxically, some people use cannabis as a way of annihilating their anxiety. Even patients with post-traumatic stress syndrome, the  PTSD (Cannabis and Post-Traumatic Stress Disorder) use medical marijuana to limit symptoms of panic, with remarkable success rates. Even though we sometimes find paranoia when taking Cannabis, we can literally say that this comes from the Head ^^ Cannabinoids (including THC) bind to neuroreceptors in the brain, many of which are focused in the tonsil.

The tonsillar complex is involved in the emotional behavior of the individual, reacting with responses such as fear, stress and paranoia ... When THC acts on the amygdala, it modifies the neural communication making it better or " bad "...

THC can overexcise neuronal pathways and lead the subject of anxiety to paranoia. And this especially for newcomers to the cannabis world. The mechanisms by which this occurs are still unclear to researchers, but the endocannabinoid system appears to be a good advisor in preventing paranoid episodes.

By predisposition, our body contains the necessary receptors for substances called Cannabinoids. There have been shortages in the endocannabinoid system, in brains exposed to intense stress or trauma. This could explain why THC has a relaxing, anti-stress effect in some cases.

This theory of marijuana cannabinoids complements the data concerning the standardization of therapeutic cannabis. This link was well studied in the case of PTSD. Thus the implications are equally promising for various mood disorders.

A study by 2009 concludes that "frequent users of cannabis seem to have higher levels of anxiety than non-users" and that a considerable number of subjects develop behavioral problems before the first symptoms of cannabis addiction.

This has led researchers to believe that worried or anxious people tend to use cannabis as a medicine against their anxieties. This therefore opposes the idea that cannabis is the factor that causes so-called anxiety. While these trends in cannabis use are useful for the broad behavioral spectrum; researchers recognize that anxiety is highly individualized. In addition, it is based on many risk factors:

And when you prepare a mix, there are a few other factors to consider:

While anxiety is undoubtedly unique and diverse for each individual, the researchers noted that regular users tend to decrease anxiety. While occasional users and newcomers tend to intensify paranoid episodes. Anxiety is also produced by high doses of THC.

However, it is impossible to say how cannabis will affect you personally unless you have tried it yourself. Harmonization of biological and environmental factors can help you have a better experience.

How to avoid the anxiety and paranoia induced by taking Cannabis?

If you are subject to the anguish of cannabis, do not worry - there are ways to prevent this worry. Here are some examples:

• Try grass that is low in THC and / or has a high level of CBD. CBD is a non-psychoactive compound that combats stress, and counteracts the psychoactive effects of THC, resulting in a quieter and more insightful experience

• Take it easy on the Dose. No Tobacco blend! and above all, the vaporization which allows you to best scale the illegible dose you need, in order to limit the High 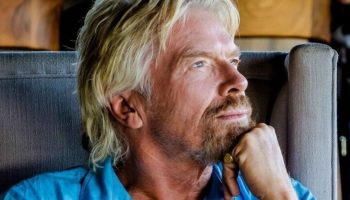 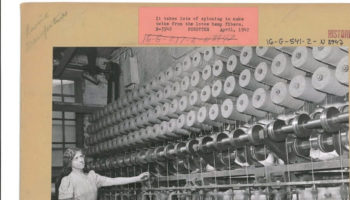