Studies have verified that aged cannabis has a different effect from fresh cannabis and this is due to changes in cannabinoid concentrations. The THC present in cannabis flowers can lose up to around 5% of its value per month on average. And what happens to expired (aged) THC?

The effects of CBN have not yet been studied in depth, but its strong effect anesthetic is well known and is in fact its hallmark. The concentration of CBN is usually very low and only increases after a long period of obsolescence. In contrast, in cannabis and other extracts, CBN concentrations are, in most cases, much higher than in flowers which need to age for at least several years to achieve similar CBN data.

Increasing CBN Is Not Equivalent To Decreasing THC

However, not all of the THC that is “lost” during the aging process of cannabis does not immediately become CBN. A study of 1976 et 1978 raised a big question mark over the assumption that all of the THC in cannabis ultimately breaks down into CBN.

In 1979, researchers at the University of Mississippi published a The theory that although the THC in cannabis does indeed become a CBN as it ages, it does so in stages, which is why the decrease in THC concentration does not immediately lead to the same increase in CBN concentration.

According to this study, as cannabis ages, most of the THC it contains oxidizes and becomes CBN in a gradual process that involves several intermediate steps along the way. The main reason that the decrease in the percentage of THC during aging does not immediately translate into the same increase in the percentage of CBN is that some of it is still at one of those intermediate stages on the way to become a CBN, which takes time.

Another reason for this discrepancy is that some of the delta-9 THC (which we usually just call THC) does not oxidize but over time becomes a delta-8 THC, a derivative very similar in its chemical structure but with a much weaker psychoactive effect. Delta-8 THC is found in fresh cannabis at a very low concentration (usually less than 1%), but with obsolescence some of the “normal” THC is converted into it and its concentration increases.

Delta-8 is much less euphoric but is also much more chemically stable (maintained over time). Converted THC will take much longer to stale and become CBN than regular THC Delta-9. This is another reason why increasing CBN is not equivalent to decreasing THC, some of the lost THC gets 'stuck' like Delta-8 THC, and it will take a long time to reach its full strength. end product, which is CBN.

Some studies more recent ones support this theory, but argue that it also cannot explain the complete difference between lowering THC and increasing CBN. It is now widely accepted that CBN is the final product of THC, but it is not the only one and this is another reason why the total percentages of THC and CBN after aging will always be lower than the initial percentage of THC.

The many cannabis products the experiment was conducted on were confiscated by Romanian police and included different types of cannabis flowers and concentrated cannabis oil. Each of these products was divided into two identical batches, one was stored in the dark at a temperature of 4 degrees, and the other was stored in a lighted room at a constant temperature of 22 degrees.

The aim was to see if different temperatures and lighting conditions have an effect on the obsolescence rate of cannabis and the conversion of THC to CBN. It was assumed that cannabis stored in the cold and dark would be conserved over time, and the THC aging rate for CBN would be slower.

In the study, only the cannabinoid concentrations of CBN, THC, and CBD were tested in older cannabis products, and nothing else, and it should be noted that long-term cannabis may become toxic for other reasons. than those related to cannabinoids, such as the breakdown of plants and the development of mold, that is, if it is not dried and stored correctly.

How long does cannabis take to age?

The assumption that cannabis stored in the cold and dark will maintain its THC for a longer period has been found to be particularly true when it comes to flowers and especially with a high THC concentration. The rate of aging of THC in the cold and dark samples was slower compared to the sample stored at room temperature, although the difference was not that great.

That is, even a sealed and light-sealed bag, for example, which was bought at a drugstore and contains 20% THC when made two months ago, cannot contain today than 19,2% THC. After another 4 months (six months in total), the THC concentration may drop to 15,2 per year after 10,4%.

After two years of confinement, the concentration of stored CBN was higher (4,9%) than the remaining concentration of THC (4,8%). The refrigerated sample will not reach this state until six months later. After 3 and 4 years, the gap between CBN and THC continues to widen.

This result was obtained for all types of cannabis tested in the study, so the light and temperature conditions appear to have almost no effect on the aging of THC in cannabis. Regardless of the storage conditions, the aging rate of the hash is also more uniform, it loses a similar percentage of THC with each passing year, unlike the flower which fades faster in the first year than in years after. monitoring.

Regarding the second most important cannabinoid in cannabis - cannabidiol (CBD) : There is a hypothesis that some of the THC in cannabis is becoming obsolete, but it is not clear whether this is true. Research has shown that it is possible for some THC to become obsolete with CBD, but it is not known exactly how much is.

As with THC, the concentration of CBD in cannabis also decreases as it is stored longer. However, unlike the rapid and marked decrease in THC concentration during aging, the decrease that occurs along with the CBD concentration is much slower and more moderate.

One possible explanation for this slow decline is that cbd actually decreases faster than THC, but as some of THC becomes obsolete with cbd, its decline is offset by this addition and is somewhat attenuated.

In summary, these studies add to the knowledge gained from the experience of consumers over the years and recommend that cannabis be stored in a light-tight container in a relatively cool place. Want more advice on storage correct for cannabis? See conservation 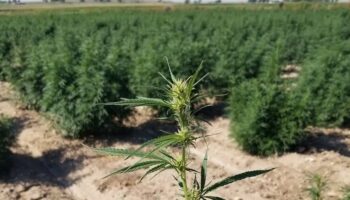