600 milligrams of CBD have been able to reduce activity in areas of the brain linked to psychosis, according to a new study from King's College of London.

A dose of 600mg of CBD reduces psychosis in adolescents

A new study from King College of London reveals that Cannabidiol (CBD) is able to reduce brain dysfunction in young people with psychosis.

The results of the study were published in the journal JAMA Psychiatry, they provide the first evidence of how cannabidiol works to reduce psychotic symptoms, especially in adolescents.

Cannabidiol is a non-psychoactive molecule that is found in cannabis and has unique properties for health.

The pure form (99,9%) of CBD has recently received a US license to operate under the drug name Epidiolex ® (produced by the pharmaceutical company GW). It is used in the treatment of severe epilepsy such as Dravet syndrome and Lenox Gasteau.

to read :  Better absorption in the body thanks to water-soluble CBD technology

A precedent in research

Professor Meshoulam has previously defined that CBD is an ideal remedy for schizophrenia, but so far it's not clear exactly how the molecule affects the brain to provide relief from psychosis.

"The current treatment for people with psychosis is based on drugs from the 50s which unfortunately do not work for everyone," Dr Seznik told Hacharya of the Institute of Psychiatry, Psychology and Brain Sciences ( IoPPN). Our findings began to unravel the "brain mechanisms" with a new treatment that works very differently from other antipsychotics. "

The researchers examined a group of 33 young people who exhibited psychotic symptoms, with 19 healthy controls. A single dose of cannabidiol (CBD) to 600 mg was administered on 16 persons, and 17 received a placebo effect.

All the participants were examined with an MRI scanner during a memory exercise that triggers the three areas of the brain known to be involved in psychosis.

“One of the reasons CBD is exciting is that it is very well tolerated compared to the other antipsychotics we have available to us,” said Bhattacharyya of King's College.

Most current antipsychotics target the dopamine chemical signaling system in the brain, while CBD works in a different way.

Significantly, the compound is very well tolerated, avoiding unwanted side effects such as weight gain and other metabolic issues associated with existing drugs.

“There is an urgent need for safe treatment for young people with psychosis. "

The King's College Institute of Psychiatry, Psychology and Neuroscience is now planning a large clinical trial of 300 patients to test the true potential of CBD. Recruitment for the trial is expected to begin in early 2019.

The latest findings highlight the complexity of the cocktail of chemicals (cannabinoids) found in the cannabis plant; and at a time when cannabis laws are increasingly liberalized in many countries. 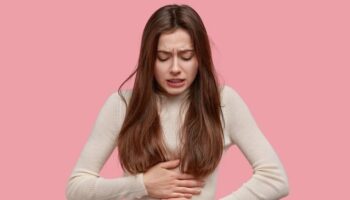 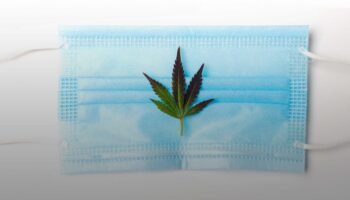