What is biochar and how can it improve soil fertility in growing cannabis?

Biochar is crushed charcoal, used to improve or restore soils, particularly tropical (cultivated or not). Biochar has been used for centuries for soil fertility. And, it has made a comeback in recent decades among farmers ... 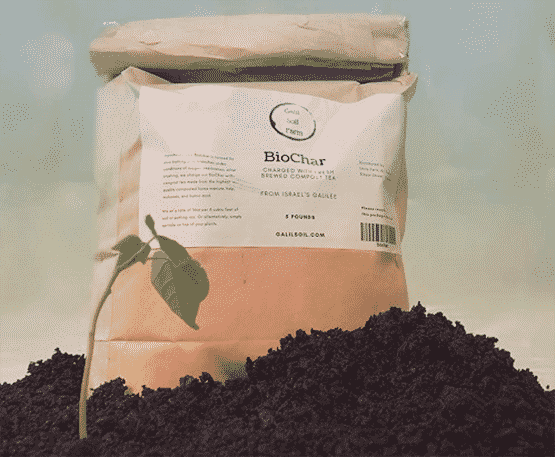 To grow a healthy cannabis plant, with an abundant inflorescence and aromatic aroma, we must first take care of a healthy root system. A growing medium that provides the environment with ideal conditions will increase the chances of high yield production. Here comes biochar, a carbon-rich soil amendment that can help solve some environmental problems.

The origin of the name “Bio-Char” is a combination of the words “Biology” and charcoal. This is organic waste (mainly wood and agricultural waste) that goes through a process called pyrolysis (dry distillation). During this process, the material decomposes under the effect of high temperature heat without the presence of oxygen.

The resulting product is called 'activated carbon' and is characterized by a number of unique characteristics that benefit the plant and the soil, including:

In addition to the special properties mentioned above, activated carbon can act as a fan in the soil (instead of perlite). This prevents the stress and development of certain diseases in the plant.

Large deposits of this black soil are present to a depth of 2m in the soil. According to the institute, the first stocks of Tara Perta were already discovered in 1870. But it was not until a decade ago that science began to study the subject in depth.

Biochar shares similar properties with charcoal and activated carbon. But its unique properties serve better as a soil amendment. Charcoal is used as a high carbon fuel. While biochar harnesses the ability of carbon to provide large amounts of surface area.

Biochar is produced in an oven. This process can take place on a range of scales from DIY to industrial installation. Regardless of scale, biochar requires the production of biomass (organic matter). This biomass can be obtained in a sustainable manner through forest fuel management work or your own yard waste. On a large scale, you can see all the benefits of biochar ...

Once harvested, the chips are transported to the kiln where the biomass is cooked. As the biomass cooks, it releases synthetic gas (synthetic gas). It is captured and cleaned to power the oven and can even be used as natural gas.

As an easy and profitable amendment to produce, the scope of this permaculture miracle is endless ... In parts of Africa, where soil fertility has been destroyed over the last century, biochar can help rebuild damaged floors. And, while maintaining water and nutrients in the soil.