Billy Caldwell: the fight of a mother

Back home to finally get his legal dose of British cannabis

The young Billy Caldwell, 13, is a teenager from Castlederg (England). He has just returned from Canada after his doctors pledge to give him the cannabis oil he needs to stabilize his epilepsy.

It was in 2016 that Charlotte Caldweel turned to Canada to obtain cannabis oil for her 11-year-old son Billy. Severely epileptic, he can have up to 100 seizures per day. Three months ago, they went to Canada for the umpteenth time to obtain his medication, which no British doctor would agree to prescribe. Only last June, customs confiscated the treatment, which was to appease Billy for six months. His mother calls on the British government and managed to convince him to return the cannabis oil to his son, whose life was hanging by a thread.

Authorization of the British Minister

Blocked by customs, within hours and without cannabis oil, Billy's state of health rapidly deteriorates to the point of having to be transported to a hospital in London. The Minister of the Interior Sajid Javid intervenes to provide the sick child with the medicines he needs.

to read :  Smart students have more inclination towards grass

The story of young Billy is quickly making headlines in the British press. Under pressure from the media, the Minister of the Interior granted him a prescription for 3 months to heal himself.

Following the events, the government decided to review the law on cannabis derivatives. After several months of discussions, he made a historic decision: to make the use of medical cannabis legal in the United Kingdom.

"My little boy Billy will now be able to live a normal life with his mother thanks to the simple fact of administering to him a few drops a day of a natural medicine long criticized but quite effective", rejoices Charlotte, the mother of Billy Caldwell.

In addition to the clear improvement in her son's epilepsy, Charlotte Caldwell has even noticed an evolution in autism: better eye contact and better interaction with toys or books.

“It's a big step forward for us in the UK, not just for Billy. Doctors will hopefully begin to write prescriptions for other children who are in desperate need of this drug. "

When Charlotte, had the oil confiscated at Heathrow after traveling to Canada. Her frustration led her to twitter:

"I would prefer my illegally alive son rather than legally dead".

The boss of Virgin Sir Richard, responded : "Heartbreaking words. No parent should have to make this choice.

“If cannabis saves a child, it should be legal. "

A story that restores hope 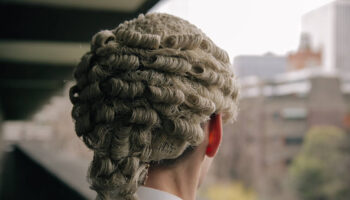